Jody is just plain showing off here, in my opinion. The Amore is a difficult shape, easily rendered in cartoonish form. Finding the right combination of Valentine's Day-card heart and anatomical organicism is the realm of artists. Here both are evident, and perhaps the most important element elevating that impression is the generous curvature of the bowl and the shank, each nearly equal in visual presence.

It's plump, rounded, and asymmetrical, its right side flaring outward along the lower flank, that feature also minimally flattened for its surprising capability as a Sitter. It doesn't appear to be a pipe that is easily placed in standard pipe rests, so this pragmatic aspect is especially appropriate. The rim is angled downward at the fore, contributing to the maintenance of the shaping and a circular ring of flush-mounted silver reinforces the mortise. Birdseye nearly bulges from the sides, illuminated by Jody's contrast stain. This is a "Saint"-graded pipe, the American artisan's highest grade, which is itself subdivided into "B," "A" (which is the grade of this piece), or "Halo," the rarest of J. Davis designations. Undoubtedly among the most skilled of American carvers, Jody continues to entrance and influence the world of pipes with remarkable compositions such as this vividly creative "Amore." 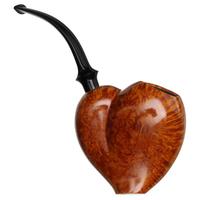 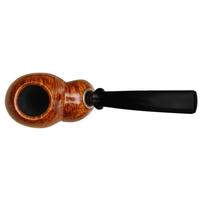 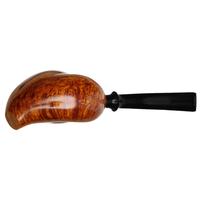 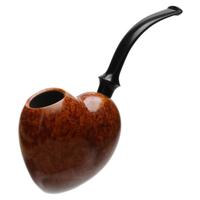 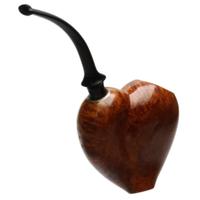 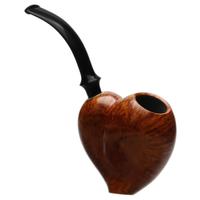 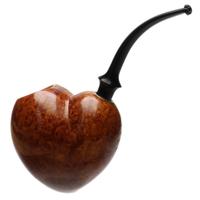