The Calabash shape has seen something of a resurgence in recent years, with myriad makers and marques all putting their own unique spin on the Old World design — often while retaining much of that same functionality which made earlier gourd renditions so popular. This piece from Ken Dederich's is just a lovely example of that modern approach to the form, and one which he's made all his own.

At first glance, you'll notice the bowl carries the majority of the composition's visual weight, made to stand out even more though Ken's use of a pronounced, broadly domed boxwood cap. Using such an enlarged cap is something we've seen across many of these modern interpretations, as it creates a bolder look in profile and also allows for a larger tobacco chamber, but Ken's really lent a unique touch to this one by keeping the briar chamber insert just a touch more pronounced (i.e. not flush with the smoothed cap) — something I can't recall seeing on iterations from other makers. The meticulous detail he's lent to the piece is quite impressive as well; he polished the bottom of the chamber and underside of the cap, and smoothed down the inside of the condensation chamber, which many makers would leave rough to the touch. The result is a pipe which looks just as finished and lovely when broken down as it does sitting on your pipe rack.

It's also worth mentioning that Ken's used a cork liner between cap and bowl, which is something of a throwback to how Calabash pipes were done originally; it's also one of the sturdiest ways of ensuring a tight seal. 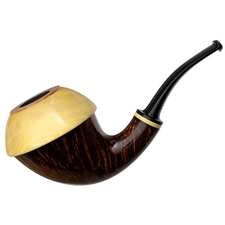 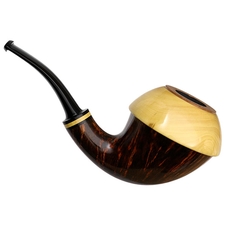 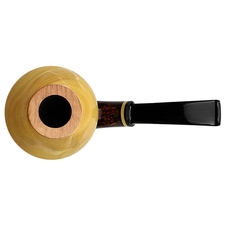 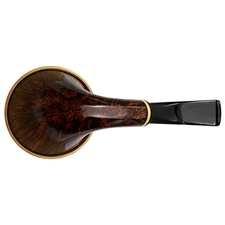 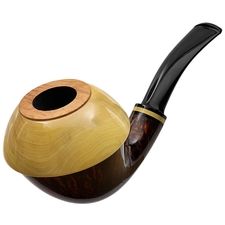 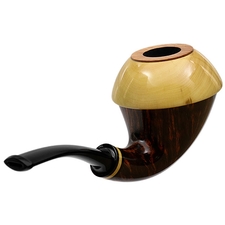 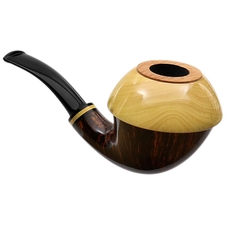 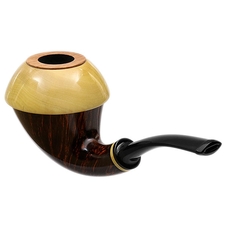 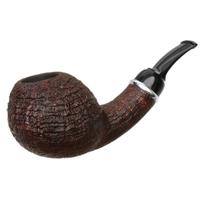