Lars Ivarsson is no stranger to long-shanked designs, or dual finishes for that matter. In fact, most of the long-shanked pipes we've received from the master Danish carver over the years have sported some type of dual finish. Glancing through our archives, one obvious theme stands out among these pieces. Unlike many other artisans experimenting with this style, the line of division between sandblast and smooth briar does not strictly revolve around the transition between bowl and shank.

Here in this Long Shank Acorn, for example, Lars overlaps the transition just a touch, bringing the dark sandblast forward in a cupping, embracing effect, as if the plump, bulbous bowl were a jewel and Lars had been out to create a novel, more organic setting for it — a feature which would hold it in place as much as present it pleasingly, naturally. That "overlap" is taken even further by actually having the sandblast raised, rather than recessed. It's a detail that calls for extra attention and control to preserve the slender ribbon of smooth polish, which allows the taper of the bowl to seemingly slip down under its stepped surface — creating the illusion that it's somehow sprouting out from within the transition itself.

It's these seemingly minute details that set Lars' renditions apart from other makers; it's his consistently deft and perfect executions, his ability to use features like a dual finish to actually complement the natural beauty of a block of briar without compromising the beautiful simplicity of its overlying shape. And he's done it all so beautifully here, in a way that almost seems effortless. A tip of the hat to whomever should be lucky enough to call this piece their own. 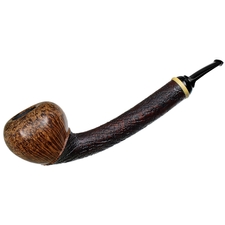 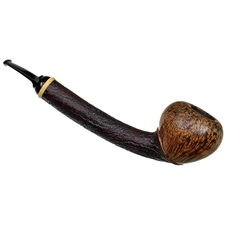 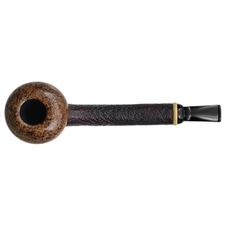 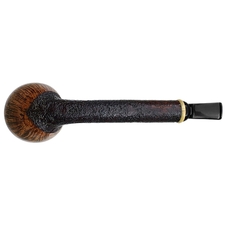 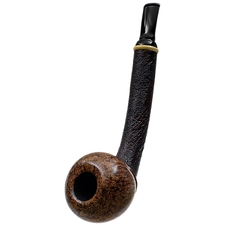 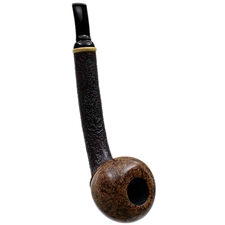 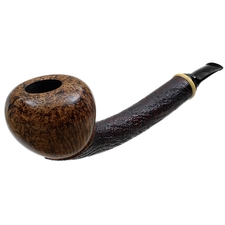 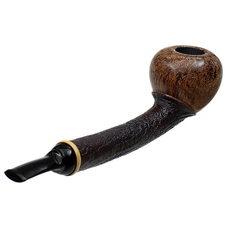 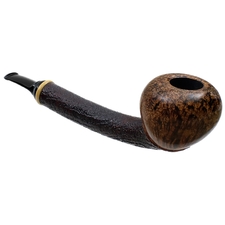 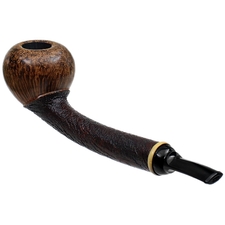