Chinese artisan Li Zhesong has a strong affinity for the Danish tradition, as evidenced by his remarkable interpretations of Danish classics. Influenced by none other than Scandinavian legends like Jess, Sixten, and Bo Nordh, his style is steeped in sinuous, flowing curvature and always exudes varying degrees of dynamism. It's no surprise, then, that this plump, elegant bent Apple evokes the iconic silhouette of those decidedly muscular pieces fashioned by Per and Ulf of S. Bang, though sporting a touch more neoclassical weight to the bowl in proportion to the shank, a subtle upward shift in posture to the bowl, and an ever-so-slightly more defined flicking gesture to the shank and stem. The grain pattern is also on par with those coaxed by Per and Ulf, being a well-defined cross-cut with acres of birdseye to each curved flank. Stunning work. 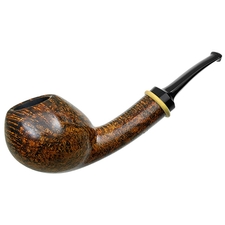 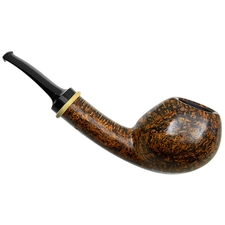 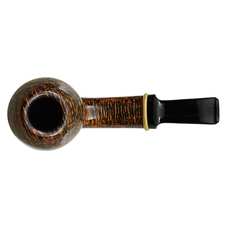 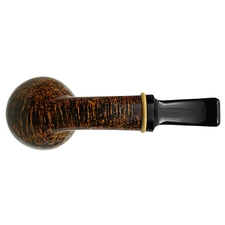 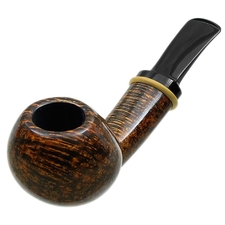 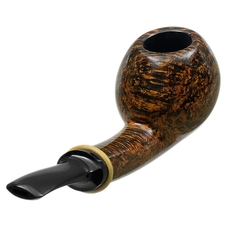 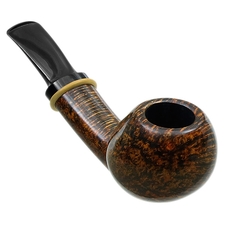 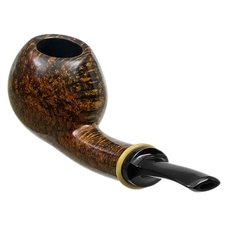 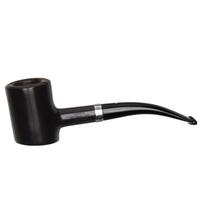