Of the several Cherrywood-like Sitters we've seen from Li Zhesong, this one is the most conservative. It's not that the others were flashy and flaring or anything, but rather that the previous variations went with steeper bends, higher-lifting stems, and smaller footprints (i.e. the size of the flat at the underside), lending them more of a look that suggested a tricky balancing act. In this one Li opens up the spacing between bowl and shank, and turns to a somewhat stockier bowl; nonetheless, as sure-footed as it is, the handling of the bowl's taper and the easy lift of the transition and shank still keep the form looking light, poised above the surface upon which it is set rather than seeming "planted" or otherwise weighted in place. Furthermore, as far as I'm concerned, when it comes to grain and contrast this is the best of the Li Zhesong sitters yet. 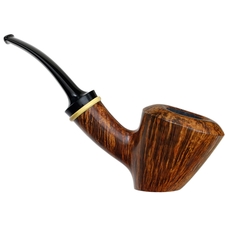 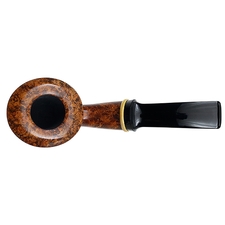 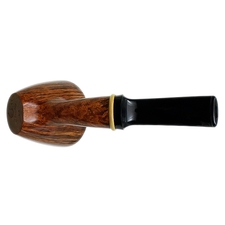 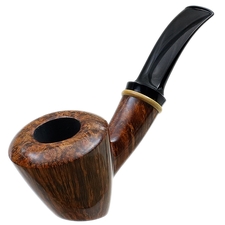 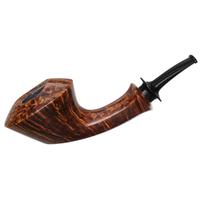