When Manduela Riger-Kusk was apprenticing with famous pipemaker Poul Ilsted, the elder carver first had her fashioning dice. It was a tedious, time-consuming practice, and one which the pipemaking squire had to holistically conquer in order to proceed to the next phase of her training. This anecdote enters my mind whenever I see examples of Manduela's work, and especially when I see examples of her work that so strongly evoke the crisp-lined, architectural aesthetic championed by Ilsted.

With this Long Shank Bulldog, the spectacle isn't in the exquisite crispness of Manduela's faceted shaping (though said faceting is exquisite), but in the sheer degree of compactness with which she's been able to produce it. Indeed, this fellow is charmingly abbreviated, housing a chamber well on the meager end of Group 1, and yet the lines are as crisp as those I've seen on pipes three times its size. It sports a neatly forward-canted chamber, bolstered by a characteristically succinct heel, and likewise by a tight ridge that travels the length of the shank at the upper and undersides. A tight lane of cross-grain is splendidly framed on each flank by a pair of firm Ilsted-like panels, guiding the eye to a jet-black stem, the base of which is adorned with shimmering muskox horn. A truly magnificent piece from the ever-talented Manduela. 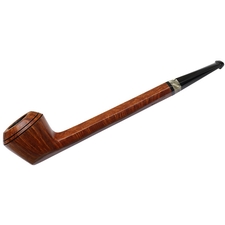 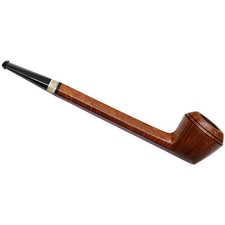 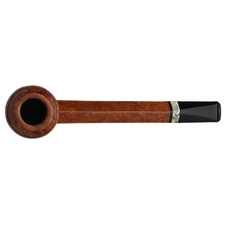 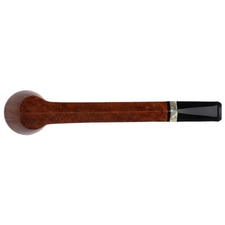 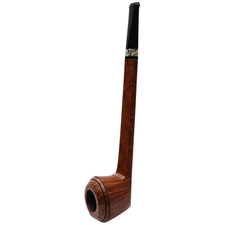 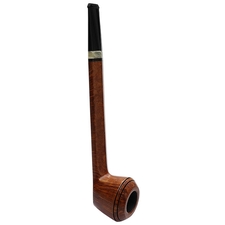 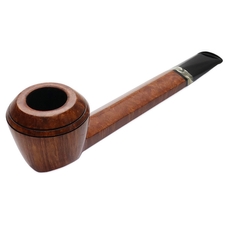 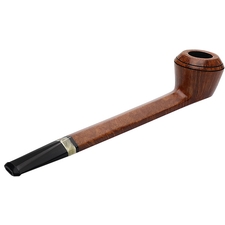 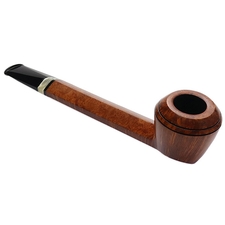 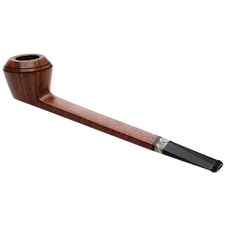