A floral-like Freehand from Mastro Geppetto, this piece possesses a striking bowl with a plump, rounded heel, a cinched waistline, and a flared, V-shaped rim. Said rim resembles the open maw of some animal or the splayed terminal of a carnivorous plant, its fore and aft sides striking opposing angles on either side of the bowl's chamber. The shank-and-stem arrangement, in comparison to the bowl's hearty build and whimsical appearance, is far more slender and conservatively shaped, presenting as a subuded S-curve that curls out of the low-set transition. It's all dressed in the smoky Liscia smooth finish, which brilliantly highlights the briar's natural grain. 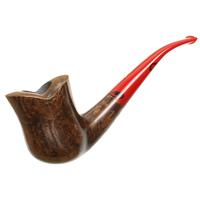 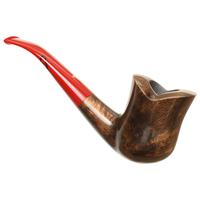 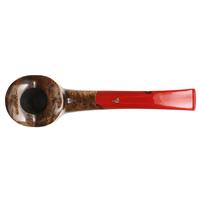 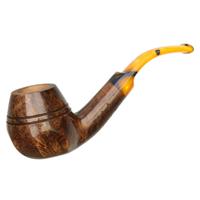 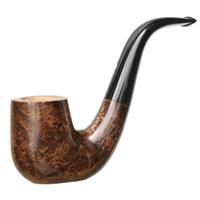 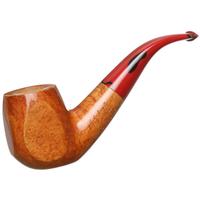 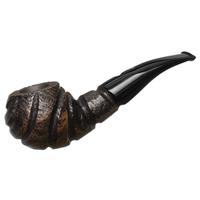 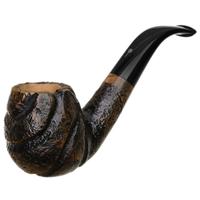 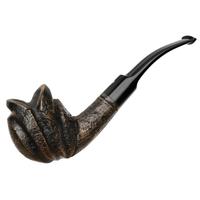 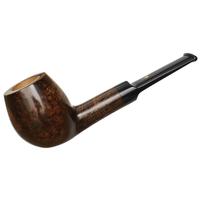 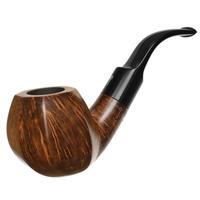 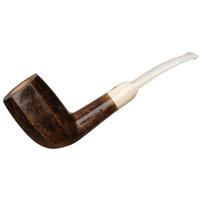