Peter Matzhold has done much to perfect his rendition of the Volcano form. This particular example is much tighter knit and more bundled with implied energy than many of his previous interpretations. It features a slightly broader base, lending the bowl an almost squared off aesthetic when viewed from above. The shank is much tighter than his longer-shanked variants as well, even stouter here with a discernible flare as it approaches its curling end. Yet despite all this implied dynamism and sense of motion, the overall form is clean and minimalist in its execution — just as we would expect from the Austrian artisan. It's certainly a complex design, yet Matzhold ensures that it comes off just as elegantly as the rest of his work, balancing a smooth sense of curve with firmer lines to create a balanced, sleek, and downright beautiful composition — from the overall shape to the bold, defined contrast finish and perfectly oriented birdseye and straight grain patterns. 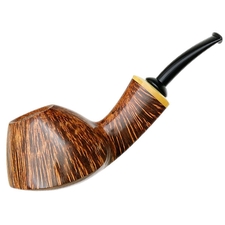 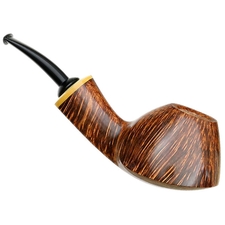 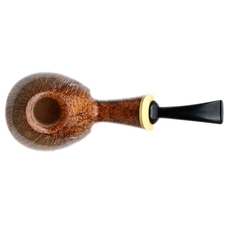 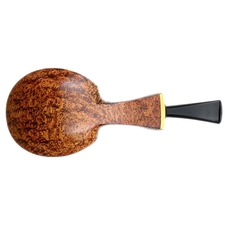 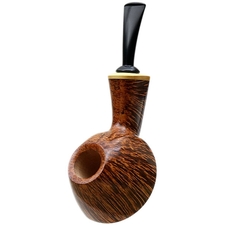 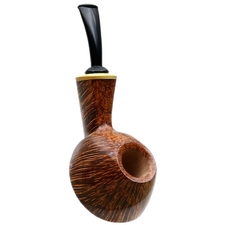 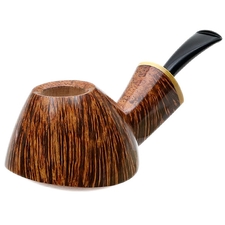 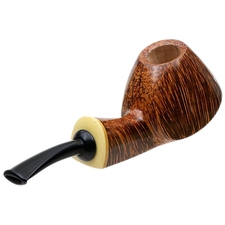 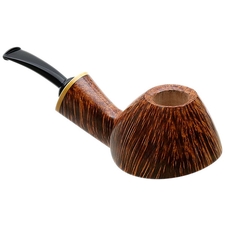 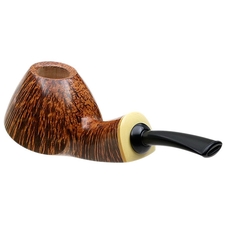 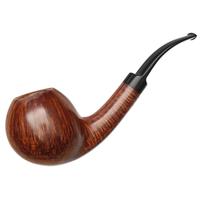