Lightweight and compact, this fetching Pot from Mike Sebastian Bay features a squat bowl perched on the end of two knuckles of pale bamboo. Retaining its natural hue, the bamboo acts as a striking accent in contrast to the stummel's dark stain, while the bowl's rusticated finish matches the bamboo's craggy knuckles. Said rustication mimics that of Tom Eltang, under whom Bay is apprenticed; however, whereas as Eltang often orients his deep grooved rustication in a horizontal manner that rises up the bowl, Mike has instead fashioned his in a curving, parabolic orientation, forming a stacked "U" shape at the bowl's fore. It's a lovely rendition from the talented Danish carver of which I'm excited to see more. 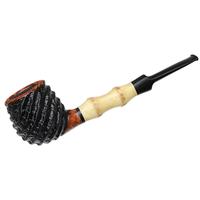 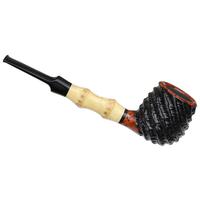 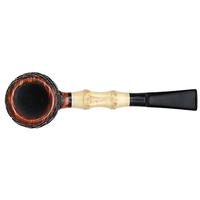 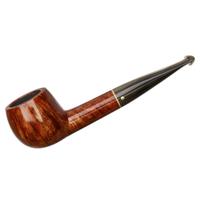 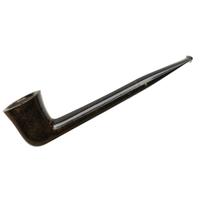 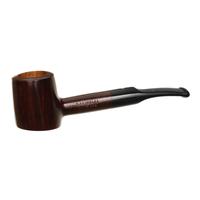 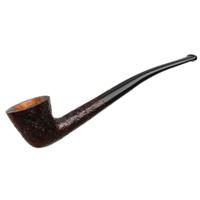