Danish artisan Mike Sebastian Bay began carving pipes quite by chance. While seeking someone to repair his father's old pipes, he encountered a certain Tom Eltang. The two quickly bonded, and Eltang became his mentor, guiding him through the process of making his own high-quality pipes. Now a highly respected artisan in his own right, Bay puts those early lessons to use, incorporating elements of Eltang's style and that of the Danish tradition at large into his own aesthetic.

This bent Dublin Sitter is an excellent example of Bay's style, featuring a strikingly forward-urging bowl capped with a domed rim, displaying a sleek cant that, paired with the heel, lends this pipe a playful and energetic disposition. An abbreviated round shank curls upward away from the bowl, adorned with a handsome horn accent that flares outward, creating its own kind of dome at the end. A comparatively lengthy, hand-cut vulcanite stem completes the composition, smartly downturned and reaching skyward for a comfortable smoking posture. Dressed in a rustication that Bay learned while studying under Eltang, the black-stained stummel is carved with wild concentric ridges in an imitation of natural growth ring patterns. The rim and heel are left smooth, their walnut stain highlighting traces of fine birdseye. Paired with the horn accent, these smooth areas offer a perfectly balanced contrast to this piece's dark and rugged aesthetic. 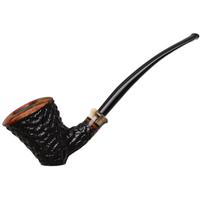 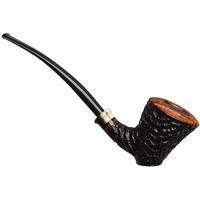 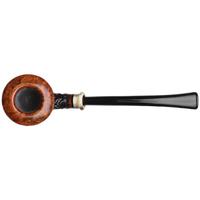 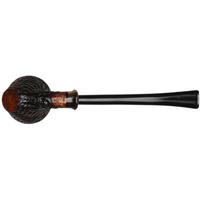 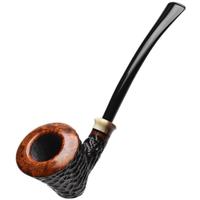 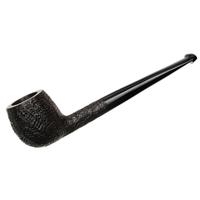 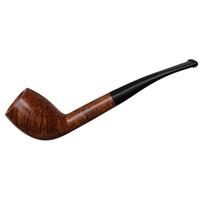 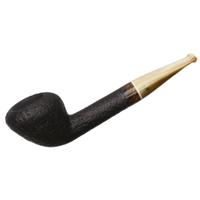 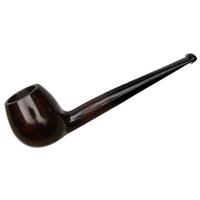 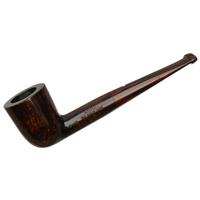 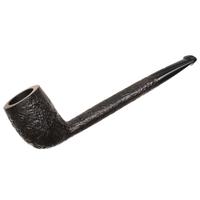 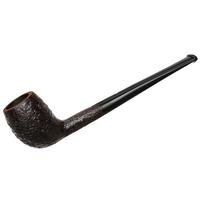 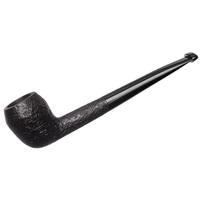