Italian pocket pipes seems to be a misnomer but that's exactly what's presented here from Italian shop Musico. Known for a conservative style in both shaping and finish, the pipe maker has imbued those aesthetics in this classically inclined bent Apple. A plump, low-lying bowl is poised perfectly at the end of an abbreviated shank and slender, lightly downturned stem in a Prince-like fashion. Wearing a dark, grain-defining sandblast reminiscent of those seen on English pipes in the early 20th century, this piece is further accentuated by a stylish silver band that promotes a dress pipe aesthetic. 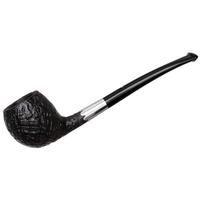 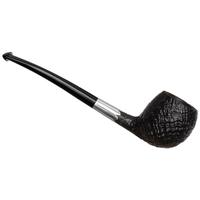 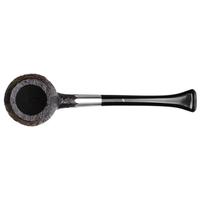 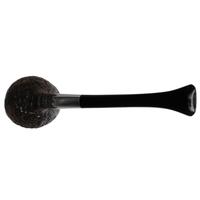 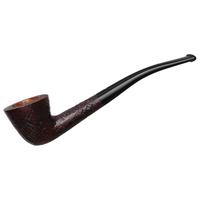 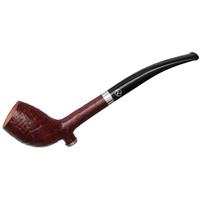