Nanna's father once made a comment to Sykes to effect that a pipe's shaping should make you want to pick it up and hold it dearly. "Cuddled like a hamster," if I recall correctly, was how Lars said a pipe should be handled. A fish, the animal, obviously hasn't much in common with a hamster, being neither warm nor softly furry among other differences. But that doesn't mean a Fish pipe-shape cannot have exactly the qualities Lars Ivarsson was alluding to — as his daughter clearly knows.

This is a Fish, and the nature of the named animal is something Nanna shows great skill in evoking through the curling tail of a shank and the motion of the design's overall flourish, from the leap of the bowl and its heel, through the transition and to the lively asymmetry of the leaf-shaped panel that precedes the stem. Yet it is also as hamster-like as a shape can be, in that sense of roundness and proportions that just make you want to pick it up, and, yes, cuddle it. 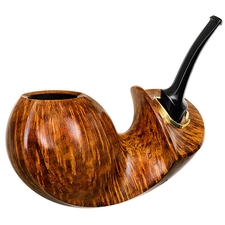 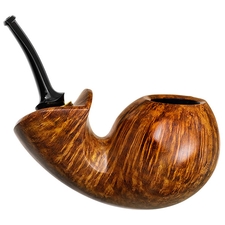 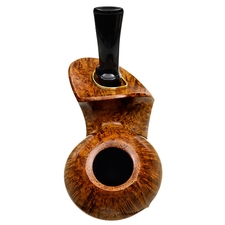 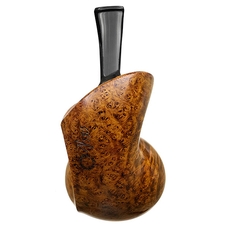 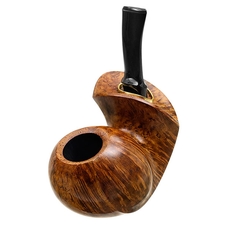 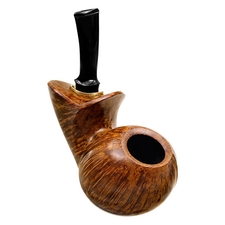 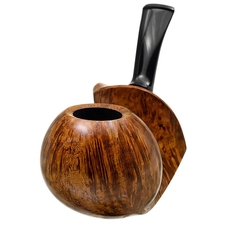 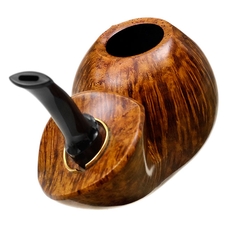 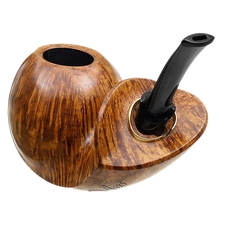