It can be difficult to separate the pipe from the pipemaker, particularly when it comes to the Ivarsson family. What we have here is a charming, long-shanked Tomato — plump along the waistline, its rim kissed with a hint of plateau, while the shank flares slightly from transition to end. At the underside, a soft and consistent curve, carried through the saddle stem to create a steady and unbroken line that ends naturally at the bit. Add to that some fine grain on all sides — flame bundled tightly at the waistline and flanks of the shank, with birdseye at the rim and underside — and a stunning contrast stain, and that is the pipe itself. It's a testament to Nanna Ivarsson's skill, honed in part through her studies at Danmarks Designskole, as well as a lifetime in the workshop of her father and grandfather, and her own natural eye for line and detail. It's this combination that makes her pipes as sought-after as they are, rather than any single element in isolation, and each is on display in this piece. 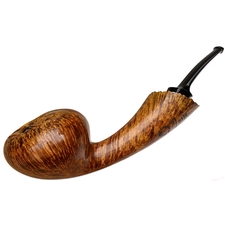 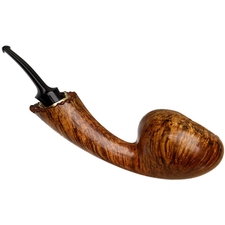 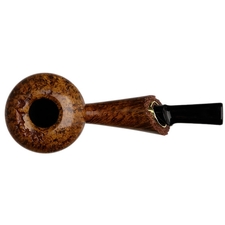 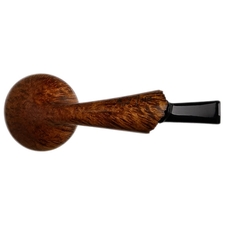 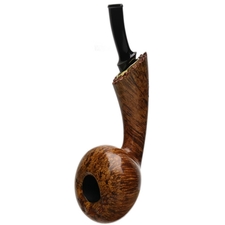 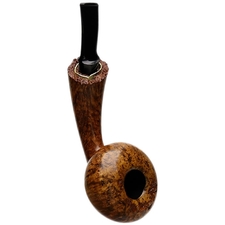 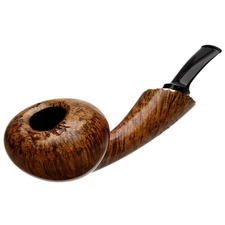 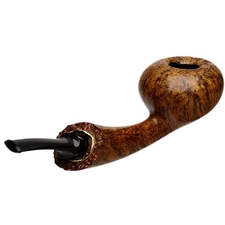 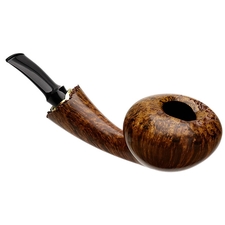 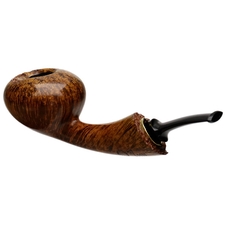