The Blowfish is a distinctly artisan pipe shape, requiring hand-shaping precision on sanding disks and intricate craftsmanship — not to mention quality briar to showcase the design's conventional grain orientation. It's also a design with nearly limitless interpretations. Unlike other, more traditional shapes whose design characteristics are more specifically defined, the Blowfish lends itself well to artistic inspiration and creative interpretation.

Most characteristic of the shape is that the briar be oriented with birdseye at the flanks and cross grain through the middle. Often, these aspects are further accentuated by panels and ridgelines, but the specifics are left to each individual artisan's discernment and preference. For example, many Japanese artisans have expanded upon the Blowfish, typically crafting renditions whose ridgelines flare outward at the transition or renditions that curve side to side when viewed from above.

Other iterations, like this Nanna Ivarsson example, are more restrained and stoic, representing the more traditional, Danish approach to the shape — the archetype from which those Japanese artisans drew their inspiration. Such a classic version of the Blowfish from Nanna also fits in well to her journey as a pipe maker, continuing the Danish pipe-making legacy of her father and grandfather before her.

This Blowfish from Nanna distills the form down to its most basic principles: birdseye and cross grain, and how best to accentuate both. She's accomplished that through a bold, angled panel that bisects the bowl to perfectly frame the briar's cross grain and separate it from the birdseye-saturated flanks. When viewed aerially, it creates a slender, dynamic stance, but in profile the rounded flanks present as crisp, nearly perfect disks canvassed in stunning grain. The shank continues this paneled motif for compositional consistency, and flares in unison with its upward curve to meet a boxwood accent and saddle-stem base that are, likewise, carved with this same paneled precision. This is a perfect example of shaping a pipe to the degree that it best showcases the briar's natural grain, allowing it to take center stage all within an elegant and refined sculpture. 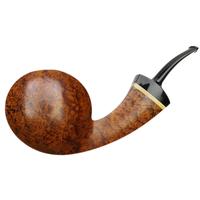 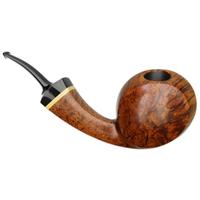 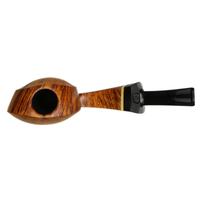 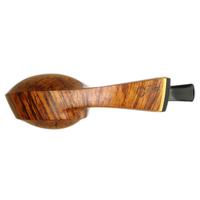 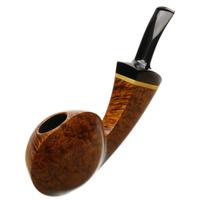 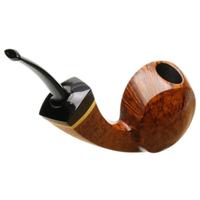 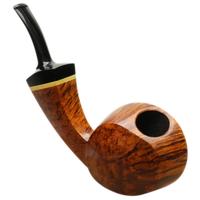 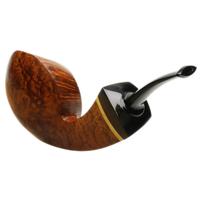