While Nikolay Kozyrev's personal style tends to favor traditional shapes and classic Danish design cues, the Russian artisan also possesses the talent to deliver unique pieces that merge elements from his wide range of inspirations. Nikolay has a deep appreciation for legendary Danish carvers such as Lars Ivarsson, Hans "Former" Nielsen, and Jess Chonowitsch, and also admires the work of Jeff Gracik, the man behind J. Alan pipes. This Lumberman is an excellent example of the blending of those influences into a cohesive composition, yielding an impressive piece.

Characterized by its oval shank and abbreviated saddle stem, the Lumberman shape often features an elongated shank, but here Kozyrev has shortened scale considerably, presenting a relatively compact rendition. Along with its shortened length, the shank notably features a pair of architectural panels along its sides with the ridgelines being soft and subtle. It gives the piece a more streamlined look in profile without being too firm in hand or distracting from the bowl's supple roundness. Said bowl is relatively squat compared to most Lumbermans that opt for towering, deep-chambered bowls. The bowl carries a bit of extra plumpness around its low-set waist before gently tapering toward the softly inflated rim, hinting at Kozyrev's Danish influences. And if there's one aspect of Nikolay's style that I think doesn't get as much attention as his keen eye for shaping is his skilled sandblasting ability. The Russian artisan is simultaneously capable of bringing out some enticing patterns of ring grain and crisp texture without distorting the shape or precise line work. It's certainly evident on this offering as rippling waves of grain travel around the bowl underneath a deep crimson stain. With its compact proportions and gorgeous finish, this is a beautifully versatile piece crafted by a truly gifted artisan. 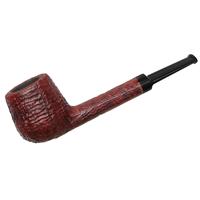 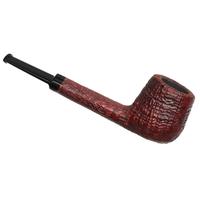 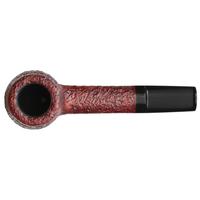 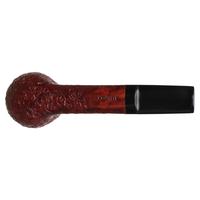 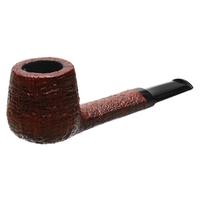 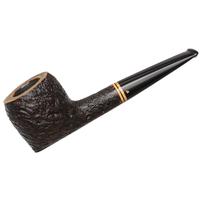 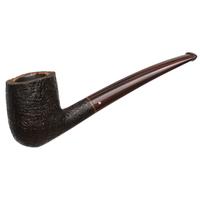 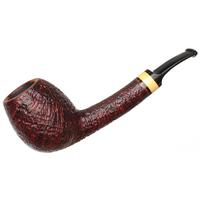