The Signature series by Erik Nording began as a means of providing souvenirs. He would shape these pipes at pipe shows, sign them, and give them away. They became so popular that Erik decided to provide a full line of them, including this particular piece. A Freehand with attitude, it's replete with the Danish carver's distinctive partial rustication and features a rim crowned in rugged plateau. Erik's signature is on fine display as well, prominently featured along the shank's side. 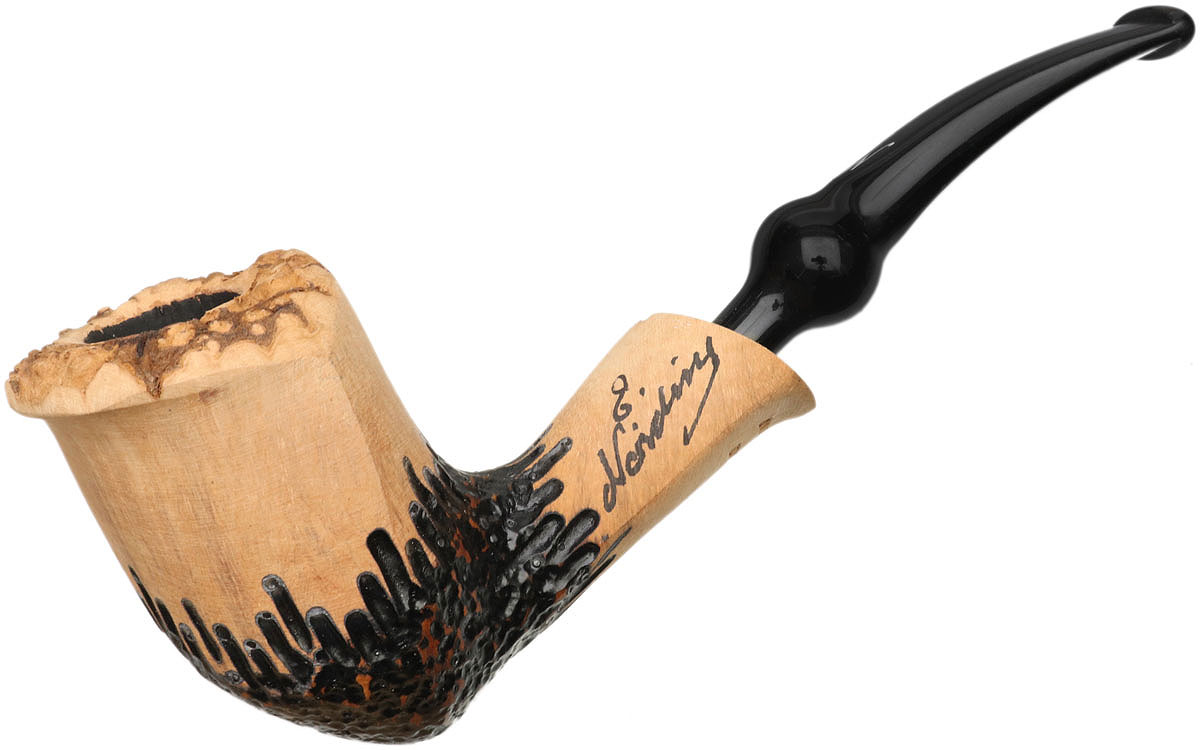 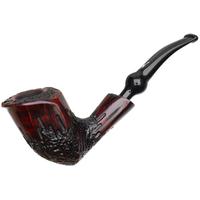 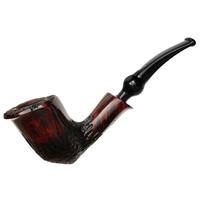 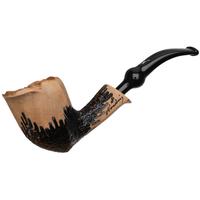 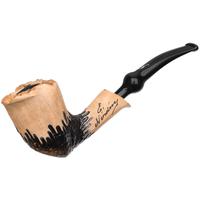 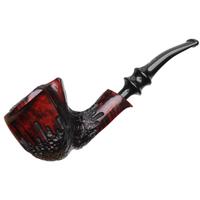 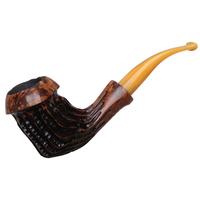 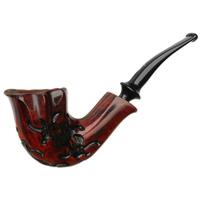 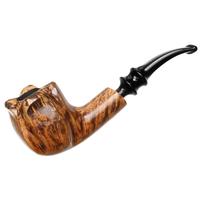 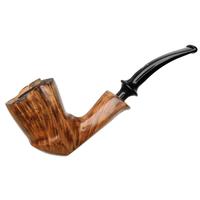