Peterson's "107" Billiard is a classic shape but imbued with the Irish marque's signature shaping cues. Most noticeably this results in added muscularity throughout the piece, particularly through the shank and transition, making for a piece that's a touch more robust than would have been seen coming out of traditional English marques. This one also benefits from Peterson's renowned silverwork — the rim being capped to protect against charring and the shank end and stem base featuring a silver spigot mount arrangement, offering further flash and added durability while also allowing the stem to be removed even while the pipe is still hot. The golden contrast stain is just warm enough to stand out against the silver, and the flame grain around the bowl is as striking as the color palette itself. 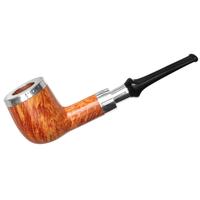 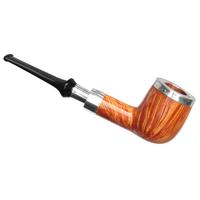 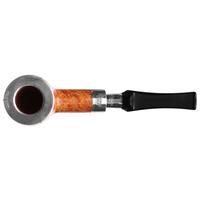 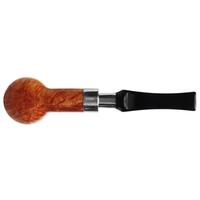 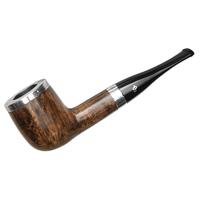 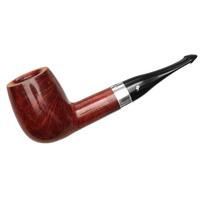 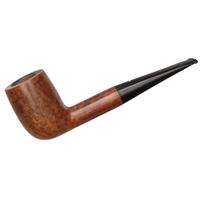 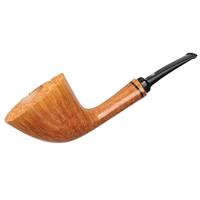 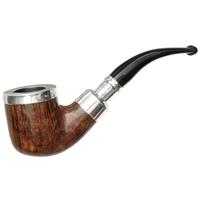 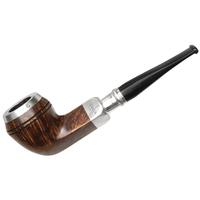 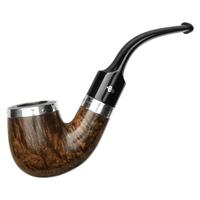 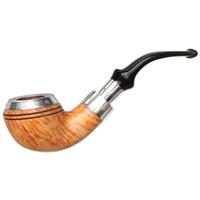 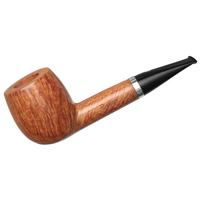