Peterson's "999" Rhodesian shape is celebrated across pipedom, and is easily one of our most popular numbers from the marque. In its present iteration, it's a fairly svelte, somewhat slender interpretation, imbued with a touch of the Irish firm's characteristic muscularity, though few know that the famous form was preceded by another, more ample-bodied rendition. Once thought lost to time, an unfinished bowl recently turned up at the Peterson factory, and the Irish firm opted to revive the shape, honoring the famous "John Bull" for their 2019 Pipe of the Year. Like the namesake personification of the United Kingdom, it's a stout, jovial fellow, and here seen in a dark sandblast paired to a broad silver band, it's as elegant and refined as can be. 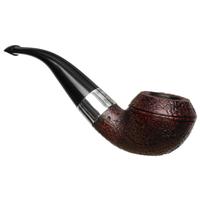 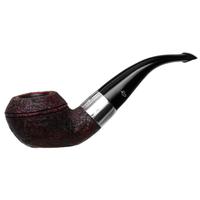