Peterson's esteemed Flame Grain series consists of pipes crafted from select quality briar, carefully chosen for their choice grain orientation. The designation represents one of Peterson's highest grades, and in this example the lively array of grain is brought out by a smoky, black walnut stain. This particular example is made all the more striking in the Spigot rendition — featuring the Irish marque's superlative silver work at the shank end and push style tenon. These fitments not only provide flashy accenting touches, but they also have added practicality: the spigot mount arrangement adding durability and enabling stem removal while the pipe is still hot. It all combines for a striking, austere aesthetic and is a perfect example of one of Peterson's higher-tiered offerings. 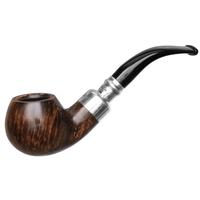 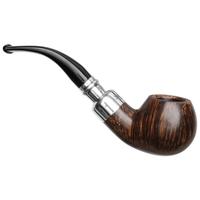 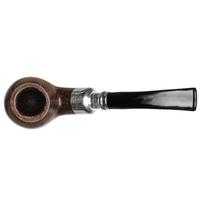 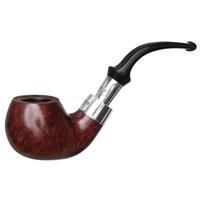 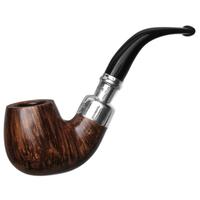 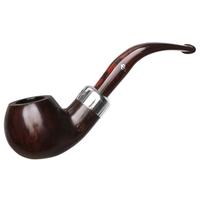 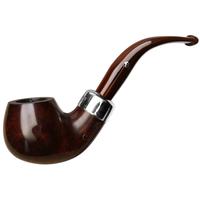 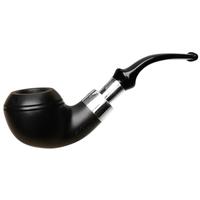 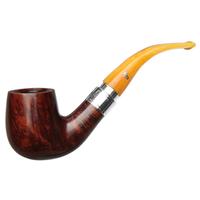 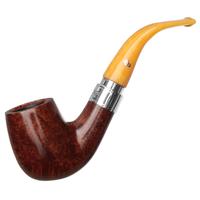 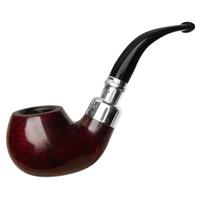 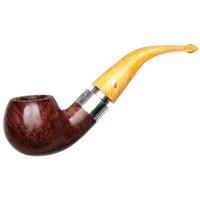