Along with their signature shaping style, Peterson of Dublin is renowned for their silverwork. The journey of becoming a Peterson silversmith requires years of training and personal mentorship from the factory's senior craftsmen, and the superlative results testify to such a demanding, lengthy process — each worker having engineered his own mandrel to the extent that every metal accoutrement made is imprinted with the subtle, personal style of the one who machined it. Peterson's Spigot line was created in 1977, after discovering an old Peterson catalog from 1906 that pictured pipes with spigot mounts, and the series is among the best at showcasing the Irish marque's signature silver treatment, fitting sterling silver around both the shank end and stem base in a spigot-mount arrangement. The construction provides further reinforcement and durability and highlights even more sterling silver than would be used for a standard military mount. Presented here in the Newgrange Spigot finish, the flashy, regal metal is paired to a cumberland-hued acrylic stem, the red hues echoed by the smooth rim, and contrasted against the stummel's dark-stained sandblast. 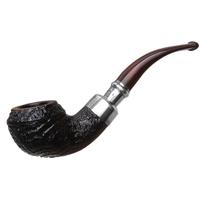 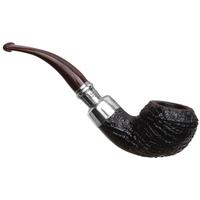 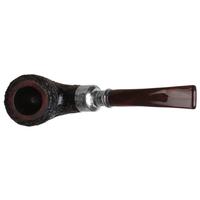 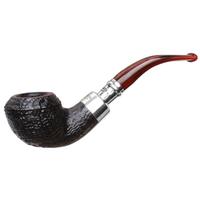 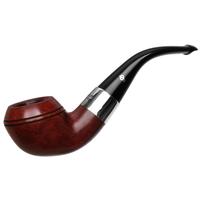 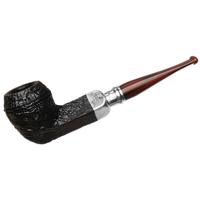 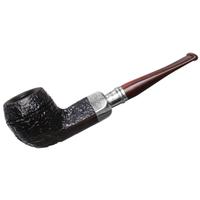 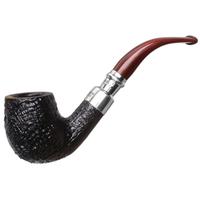 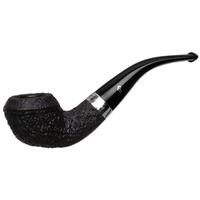 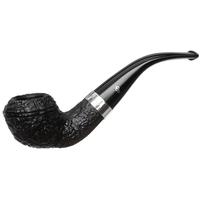 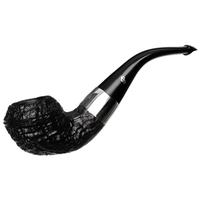 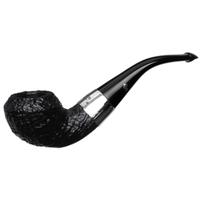