Peterson has released a limited-edition Christmas pipe series every year since 2009, and 2021's release is based on an idea that Ted Swearingen suggested several years prior. Ted is the Chief Operating Officer for Laudisi Enterprises, which supervises Peterson, and he's been inextricably involved with Smokingpipes for over a decade, not to mention the other facets related to Laudisi. At the Dortmund pipe show in 2019, Ted posed to Josh Burgess, managing Director of Peterson, the idea of doing a Peterson Christmas series comprising Sherlock Holmes shapes instead of the Irish marque's standard, numbered designs. Ted and Josh agreed that the established use of copper on Peterson's Christmas pipes — a convention since 2018 — would work especially well on Sherlock Holmes shapes, maintaining Peterson's reputation for quality metalwork but with a warm, comforting motif befitting the Christmas theme. The aesthetic conjures images of a Victorian Christmas, with Holmes and Watson smoking pipes by the hearth, and Peterson's Christmas 2021 series is also the first to feature more than one finish: a sandblast, a rustication, or the smooth Heritage finish. This particular example is found in the dark-chocolate stain and dense texture of Peterson's signature rustication, offering a wealth of tactile appeal in hand and an invitingly rugged persona, and it's fitted to an acrylic stem instead of the Holmes collection's typical use of vulcanite. Furthermore, this piece comes complete with a black, leather pipe stand exclusive to the Christmas 2021 release and marked by Peterson's iconic Sherlock Holmes logo. 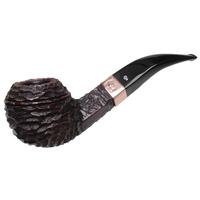 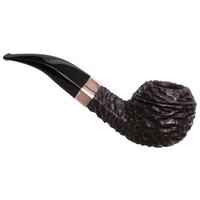 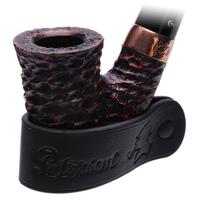 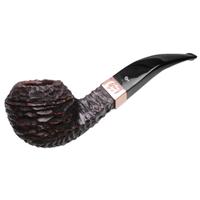 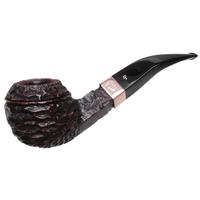 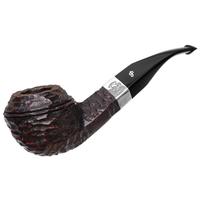 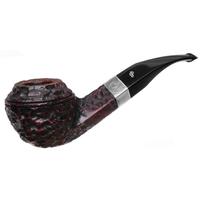 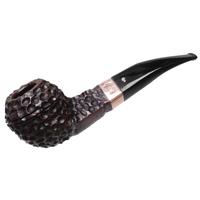 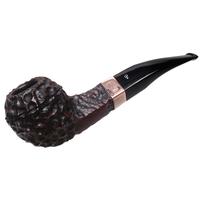 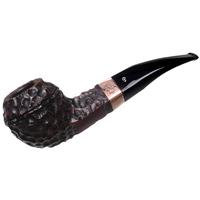 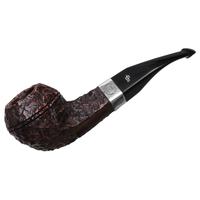 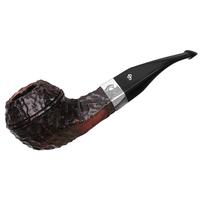