Indicated by their "CP" stamp, Peterson Iora pipes inaugurated the Charles Peterson Collection in 2022. It's a special and prestigious collection of limited, small-run releases that highlight innovation in design and technique — as seen previously in Peterson's Rua, Barley Spigot, and Rusticated House Pipe Spigot — in honor of Charles Peterson's pioneering spirit and influence on pipe making at large. Available in limited quantities, pipes within the Charles Peterson Collection showcase unique finishes, distinctive shapes, and attention to detail possible only through small-batch production, and the Iora series, specifically, is distinguished by a breathtaking sandblast and contrast stain. Contrast finishes are almost exclusively found across handmade artisan pipes, and they incorporate two different stain colors. The labor-intensive, time-consuming process involves staining a pipe one color, sanding down or sandblasting the stummel, and then applying the second stain, with adequate time spent in between to allow each stain to fully settle into the briar. The result is a rich, two-toned motif that simultaneously reveals the briar's grain while also providing an intriguing, dramatic contrast between the two separate stains. Peterson first revealed their contrast sandblast acumen across 2021's Rua pipes, but instead of a scarlet motif, the Iora series dresses stummels in a woodsy palette of dark walnut undertones and bright chestnut highlights, evoking the line's namesake: the Irish word for "squirrel." Moreover, all Iora pipes are completed by the marque's venerated silverwork. The majority of the line's shapes bear sterling silver spigot mounts, excepting only the "264" Canadian and "268" Zulu, which feature traditional silver bands to better suit those shapes' svelte designs. 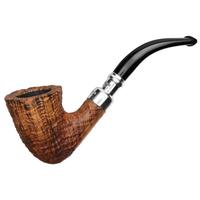 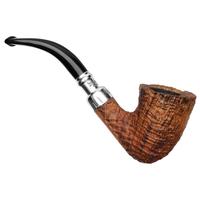 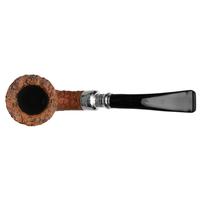 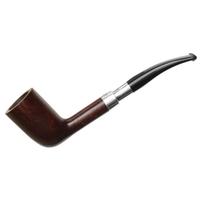 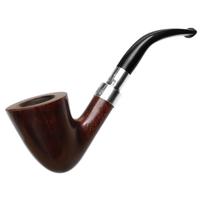 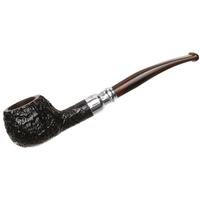 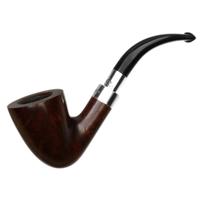 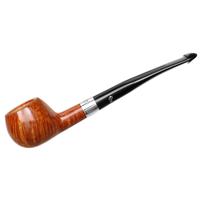 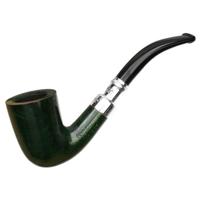 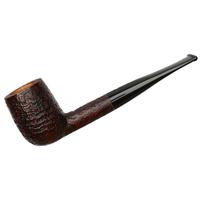 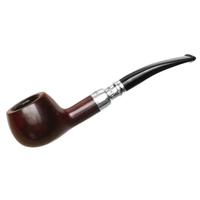 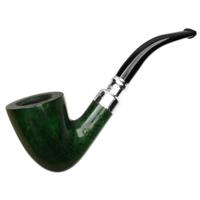