Introduced in 2012, Peterson's Dracula series honors fellow Irishman and esteemed author Abraham "Bram" Stoker. Drawing inspiration from Stoker's titular novel, Dracula pipes offer a color palette worthy of the Count himself with a jet-black sandblast coinciding with the blood-red acrylic stems' inky swirls. A regal band of bright nickel separates stem from stummel and juxtaposes an elegant appeal against the rest of the piece's spooky aesthetic — similar to Dracula's own aristocratic, yet horrific nature. This particular, limited-edition Dracula pipe celebrates the 125th anniversary of Bram Stoker's Dracula (1897) with a single shape: Peterson's "XL11" Bell/Calabash, a design otherwise not offered in the regular-production Dracula series. Delivering elegance, flair, and an appropriate nod to the macabre that enthusiasts of the series have come to love, this special Dracula 125th Anniversary pipe is further accompanied by a stylish red leather pipe stand to complete the thematic motif. 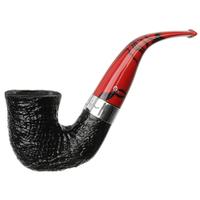 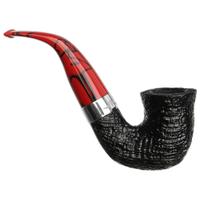 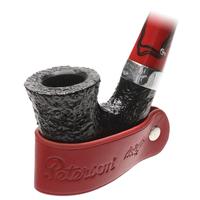 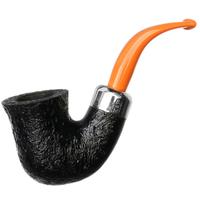 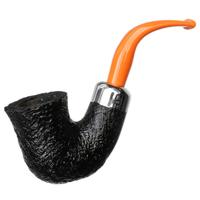 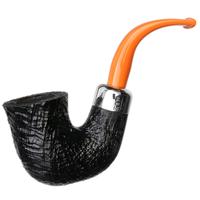 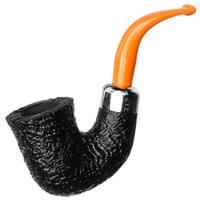 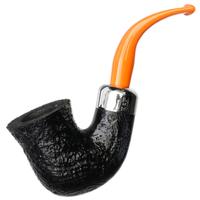 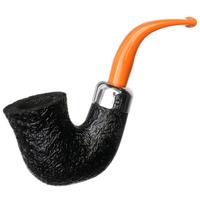 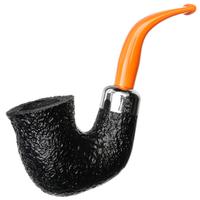 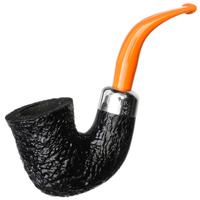 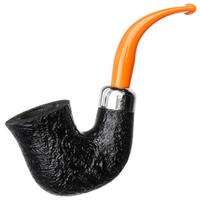