In the Deluxe System line, Peterson's "317" is designated as the "12.5" bent Billiard, and it presents one of the Irish marque's most compact pipes within their System lineup. The proportions of the shank and transition still showcase Peterson's penchant for robust muscularity, but the overall size remains conveniently smaller compared to their other bent Billiard renditions, making the "12.5" an ideal choice for those interested in Peterson's signature shaping style and patented System engineering, but who prefer briars of more pocket-friendly sensibilities.

Peterson's System pipe is one of the Irish marque's most celebrated and historic innovations, boasting patents dating back to 1890. The System is comprised of three aspects: an army mount, internal condensation reservoir, and the graduated bore P-Lip mouthpiece (though Peterson does offer fishtail versions to accommodate smokers' preferences). Being the only externally visible of the three components, the military mount allows the pipe to be broken down even while hot, reinforcing the shank. The other two parts, the internal reservoir and graduated bore, are found within the pipe itself — both working in tandem to remove moisture from the smoke. Such a construction requires a slightly different process when cleaning a System pipe, and results in a more flavorful, drier smoke. Unlike the System Standard line, Deluxe System pipes feature sterling silver mounts — Peterson's silverwork being a significant source of pride and renown for the factory. Boasting select-grade briar, the Deluxe System also benefits from space-fitting stems, evocative of old-school System pipes. This aspect, while never patented, is a prominent Peterson innovation; these stems were "never intended to go quite home," the space between the mount and stem base gradually decreasing with prolonged use. Furthermore, the Deluxe System showcases Peterson's "chimney": an aluminum fitment that extends the tenon past the chamber's airway for optimal System performance. This particular piece is presented here in a smooth contrast stain, showing off the briar's gorgeous natural grain in a vivid color palette. The System series, and especially the Deluxe System, is a testament to Peterson's influence on the pipe industry at large, and its continued popularity over the past 100-plus years bespeaks the company's reputation for quality. 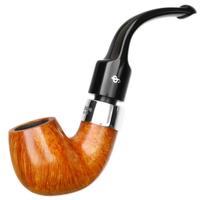 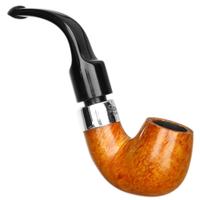 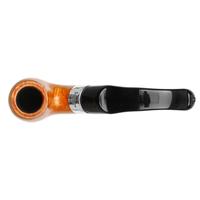 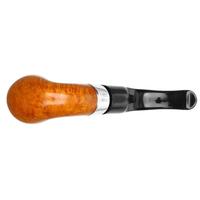 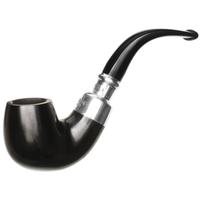 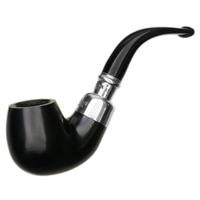 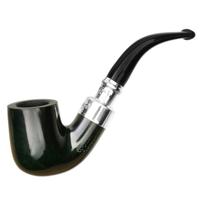 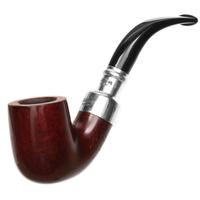 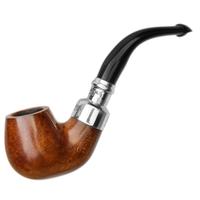 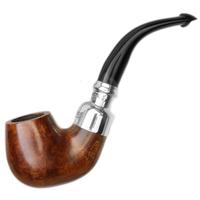 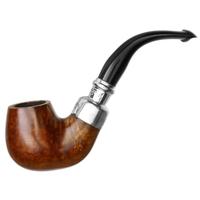 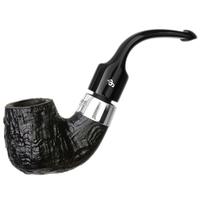