An annual production since 1997, Peterson's Pipe of the Year is among the Irish marque's most highly anticipated limited releases. Collectors especially appreciate Peterson's convention of resurrecting vintage shapes from their archives, bringing iconic Peterson history to the modern stage, and 2022's version recreates the famous "14B" shape. Among Charles Peterson's first Patent designs, the "14B" is a distinctly antique bent Brandy, and it was Mark Twain's favorite shape; in fact, Twain's own "14B" remains on display at the Mark Twain Boyhood Home & Museum in Hannibal, Missouri. The Pipe of the Year 2022 is the most historically accurate recreation of the "14B" since it was still in regular production: It showcases Charles Peterson's patented System engineering alongside a sterling silver military mount handcrafted by the workshop's renowned smiths, as well as Peterson's vintage space-fitting stems. These stems are still available in the Deluxe System series and are a distinctly Peterson innovation: They were "never intended to go quite home," the space between the mount and stem base gradually decreasing with prolonged use. The overall profile of the "14B" exemplifies the muscular shaping style for which Peterson is known, pairing a plump bowl to an extra-stout shank, while the full bend balances out the stummel's mass for a comfortable smoking posture. This particular Pipe of the Year 2022 is dressed in the Irish marque's tasteful sandblast, its crisp texture contrasting against the sterling silver mount. 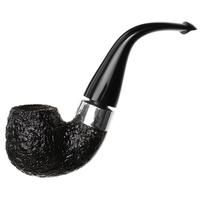 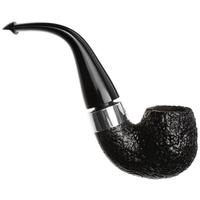 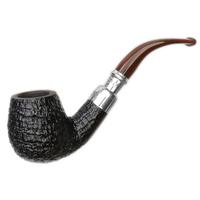 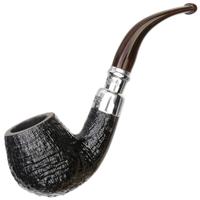 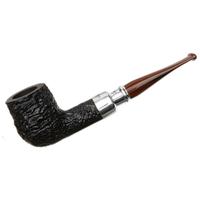 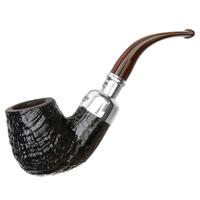 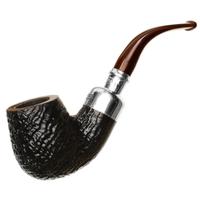 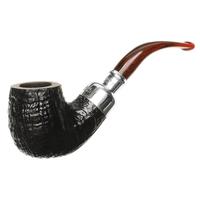 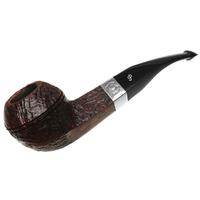 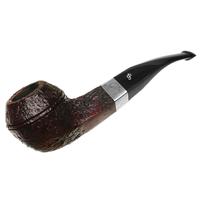