Since 2009, Peterson has released an annual Christmas series that features the Irish marque's iconic shapes in an appropriately seasonal color palette. It's become among the manufacturer's most anticipated and collected series, and recent editions have showcased refined copper accents to elevate the warm, holiday motif. The 2022 version continues the copper theme but expands the array with two distinctive options: those with copper army mounts and those with spigot configurations. They're the first-ever Peterson pipes available with spigot mounts of copper, and the striking accents are fittingly paired to either the dark, smoky stain of the smooth Heritage finish or Peterson's signature rustication. Such variety makes the 2022 version among the most personalizable of all Peterson Christmas editions regarding finish, price, and accent type, and it was the first series of pipes fully produced at the Peterson factory in Dublin's Deansgrange district. This particular Christmas 2022 offering combines the copper spigot mount with the Rusticated finish, completed by a jet-black acrylic stem with a fishtail mouthpiece. 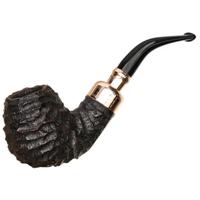 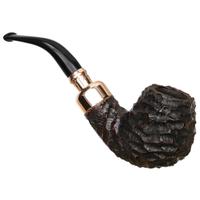 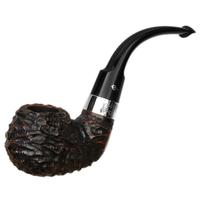 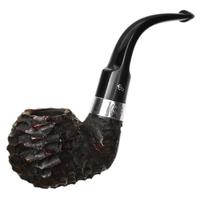 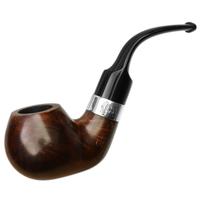 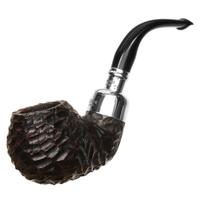 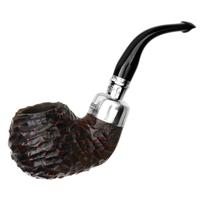 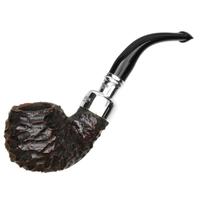 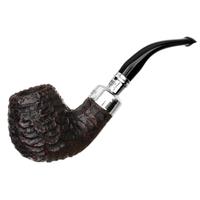 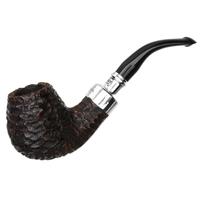 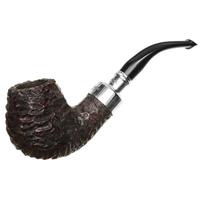