Peterson of Dublin and Sherlock Holmes have enjoyed an inextricable association ever since Basil Rathbone first picked up a Peterson pipe on the silver screen. Rathbone's 14-film portrayal of the intrepid detective lasted from 1939 to 1946, and Peterson's Sherlock Holmes collection has honored that relationship since 1987. Peterson introduced the series with a one-off design commemorating the 100th anniversary of Sir Arthur Conan Doyle's A Study in Scarlet, with more shapes released throughout the subsequent years, and the line has become a staple across the Irish marque's portfolio. Each pipe in the collection also showcases Peterson's exemplary silverwork — the firm being renowned for its application of sterling silver, with the factory's smiths having completed a years-long mentorship stewarded by Peterson's senior craftsmen. The Sherlock Holmes line boasts broad accent bands of the regal metal, etched with the collection's logo, contrasted here against a glossy, ebony stain for a classy and formal dress pipe aesthetic. 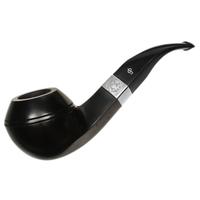 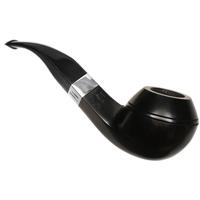 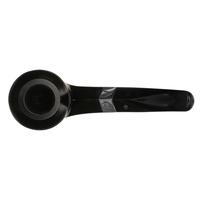 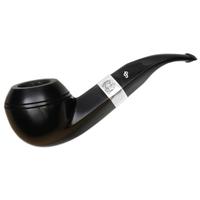 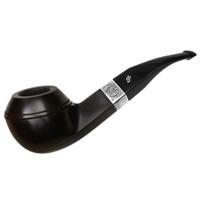 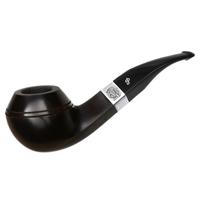 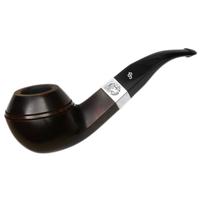 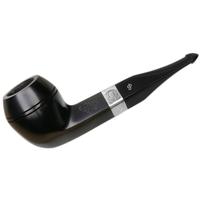 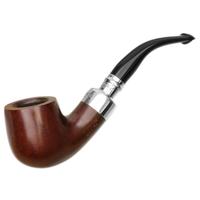 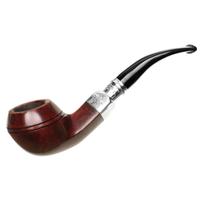 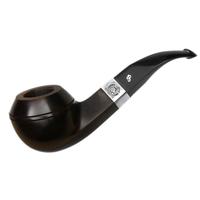 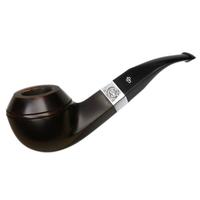