The John Bull from Brad Pohlmann was originally designed to marry English and Danish aesthetics, which he has accomplished in handsome style here. A wide, squat bowl is paired to a diamond shank, meeting along a tight-knit transition with the diamond's lower ridge melting into a lifting, Danish-style heel. The combination takes the traditional English bent Bulldog and smooths its form, creating something that is still muscular and stout, but with a Danish fluidity of line and form. Brad's eye for grain is at work here as well, with birdseye topping this pipe's rim and shank, and straight and flame grain surrounding its bowl beneath the bead-lines. Both elegant and masculine, it's a fine example of the kind of fusion Brad aims for all across his work. 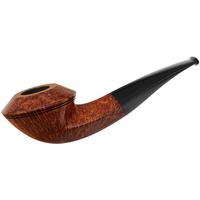 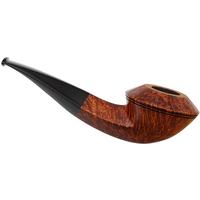 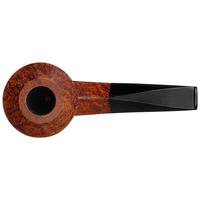 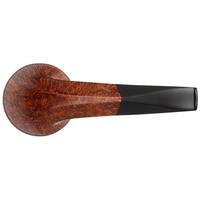 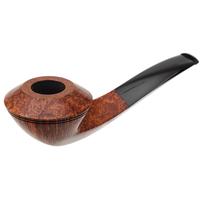 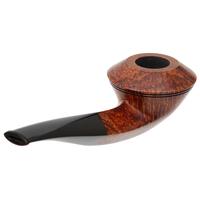 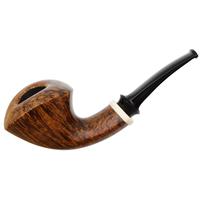