Similar to his Lars Blowfish renditions, this bent Egg from Brad Pohlmann boasts a dramatic, sweeping look in silhouette, with a forward-inclined, Egg-like bowl giving way to a sleek, rearward-inclined shank and stem combination. Said shank has been compressed somewhat, serving to throw visual weight to the bowl, while also allowing the form to retain a sense of svelte ease. It's finished in a dark, contrast sandblast, pairing brilliantly with its smooth-polished, chamfered rim. Framed at the other end with a saddle stem sporting a diagonally-oriented base to match succinctly with the implied horizon of the bowl, it's a fetching, surprisingly lightweight number that should fare quite well as a jaw-hanger. 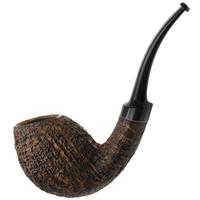 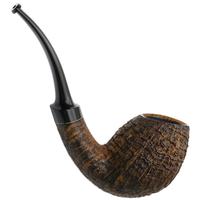 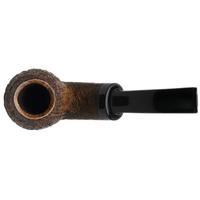 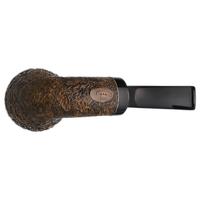 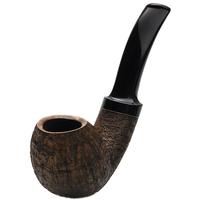 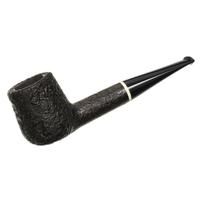 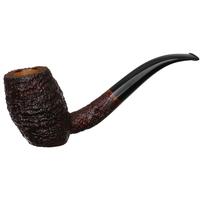