Similar to the iconic Castello "55" design, this Radice bent Pot presents a jaunty, protruding heel and comparable silhouette writ large. After all, "Gigi" Radice began making pipes in 1960 for Castello before leaving in 1968 to co-found Caminetto. Subsequently, in 1980, he founded Radice pipes. This massive rendition with its "Magnum" size designation is a rarity from the Italian marque and boasts quite an impressive chamber depth. A stable Sitter, the bowl's broad-rimmed heftiness is contrasted by a more trim shank and downturned, striking cumberland mouthpiece, the disparate proportions neoclassic in design. The stummel is dressed in the dark, ruby-toned version of the Rind rustication, the subtle dark red hues echoed in a wrapping ridgeline along the rim and in the striated coloring of the stem. 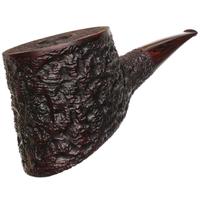 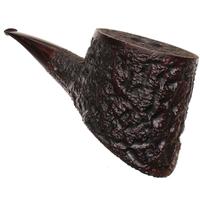 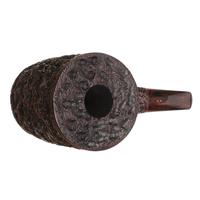 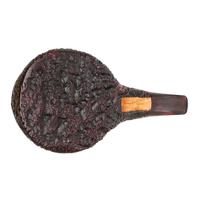 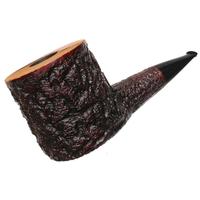 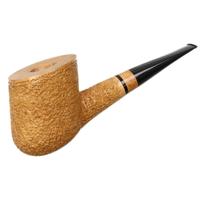