From his home in Florida, Randy Wiley has produced quality pipes for nearly 50 years, earning an esteemed reputation for his singular, Freehand-inspired style. This bent Dublin is one such piece, featuring a tall angular bowl that tapers down to a pronounced heel, capped with a gently domed rim delineated by a sleek beadline. Out back, an upswept shank joins a bent acrylic stem, the shank accented by a broad band of hardwood stained in swirling navy blue hues. Dressed in Wiley's Galleon rustication, the stummel boasts a wealth of crisp texture, with the smooth briar at the nomenclature providing ample contrast. 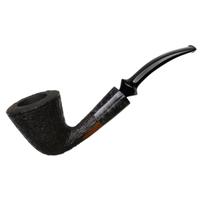 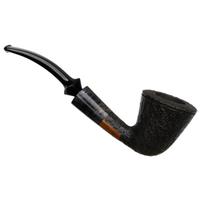 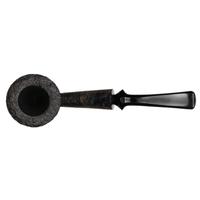 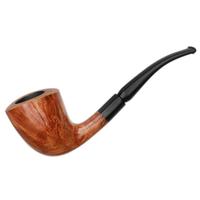 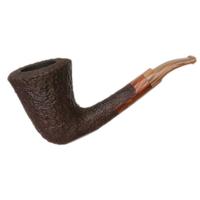 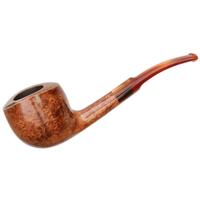 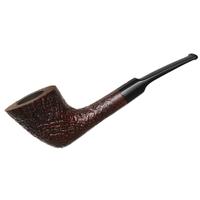 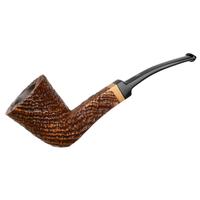 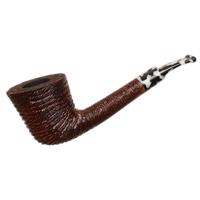 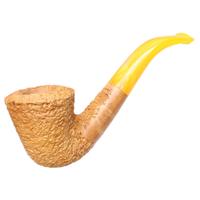 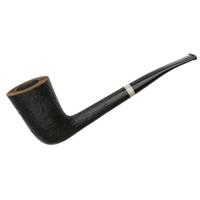 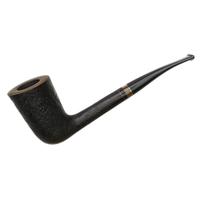