While all the pipes featured in this batch of Kent Rasmussen briars seem to be of a more conservative, classic style than the majority of the work we've seen from him recently, this Freehand is perhaps the most sculptural of the lot — i.e. a pipe with a sculptural style, a fluid, sweeping form defined by a number of clean lines and contrasting soft curves, rather than a sculpture that just happens to also be a pipe. That flourish, you see, isn't a product of complexity, but of minimalism. Simply put, Kent has here created one of the most seamless profiles I've seen mainly through the use of three, well-defined lines. Beginning at the shank end, a narrow panel flows down either flank, increasing in width until it eventually dissolves into the crisp Blowfish-like ridges framing the fore of the bowl. The third line appears atop the shank, adding a visual parallel with the underside and guiding the eye quickly up to the shank end from the neat transition. The result is a smooth-flowing, slightly sculptural piece and a throwback of sorts to Kent's earlier style. It's presented in a crisp, full-sandblast finish, one of the first of its kind that we've seen from Kent in almost four years. 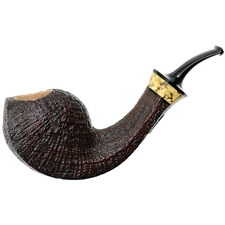 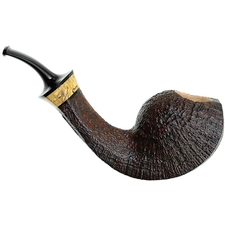 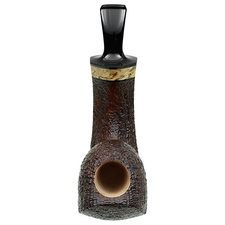 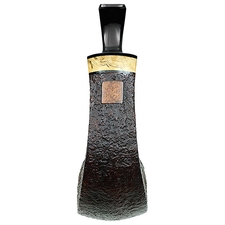 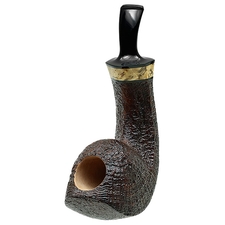 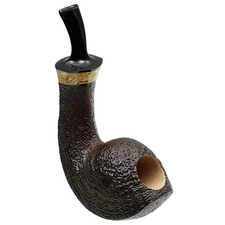 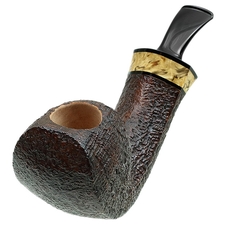 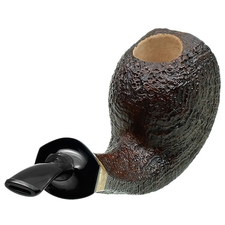 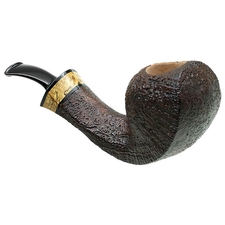 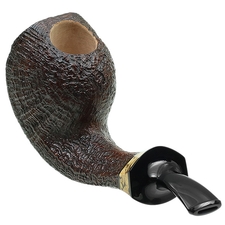