We just don't see that many Egg shapes from Kent Rasmussen, especially so in comparison to his more sculptural, flourishing work. Previous to the last two we received from the Danish carver, the majority of examples we saw from him tended to be more elongated, languid forms, accentuating the shape's smooth fluidity, as opposed to more tightly-knit, compact takes on the shape. This one, then, is of the latter variety, tightly-cinched at the transition, sporting an acutely flaring, upward-flicking shank and stem arrangement, and a region of birdseye at the underside framed by the single, tightly-shaped ridge which is initiated at the shank's end, wraps its way up and around the bowl, and then sweeps back down the opposite flank. Kent has done well to complement the striking licks of wind-swept flame at the right and left flank with a stem-base of understated, pale mazur birch, offering a pleasant contrast that seems to aid in urging the composition forward. 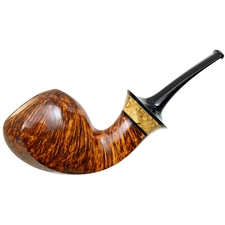 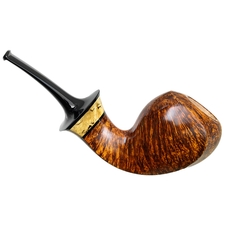 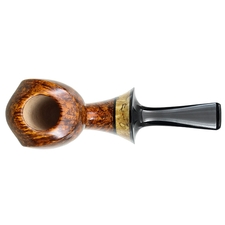 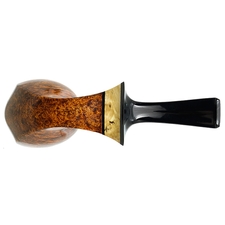 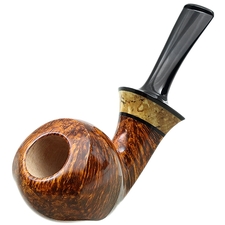 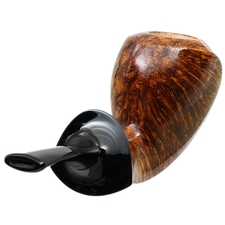 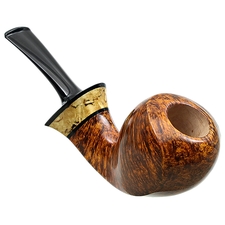 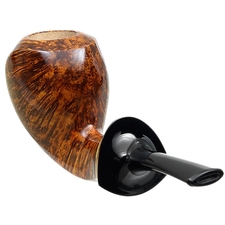