Kent Rasmussen leverages his background in architecture and modern art to produce some of the most distinctive pipes in all of Denmark. His style reflects the Danish school's penchant for clean, efficient lines and supple curves, though Rasmussen renders all of his shapes through his personal creative prism, making his work unparalleled in the medium. This bent Egg displays Rasmussen's aptitude for fluid shaping and hearty proportions, presenting a tall, muscular bowl that stands at the fore of an upturned shank and a steeply curved saddle stem.

The bowl here tapers upward from its broad, plump heel to its taut, concave rim, which crests softly at the fore of the composition. The triangular shank extends through the transition and curls under the heel, effectively cradling the entirety of the bowl and producing a defined ridgeline at its base. This is a common shaping cue in Rasmussen's portfolio, and it seamlessly blends the various aspects of the pipe while also providing a bit of contrasting rigidity to his work. From the transition, the shank tapers upward into the saddle stem's broad shoulders, which are wrapped with a band of masur birch, immediately drawing the eye to mouthpiece and its steep downturn. A warm auburn finish dresses the stummel and highlights fine stitches of flame grain as they follow the bowl's upward taper to the birdseye-spotted rim. 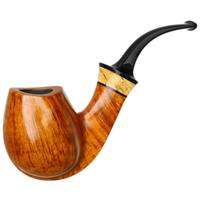 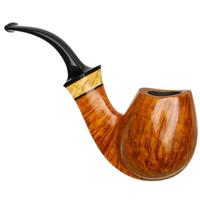 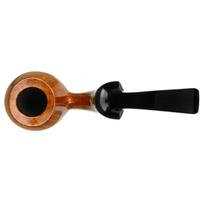 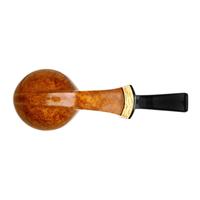 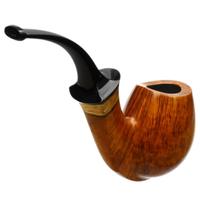 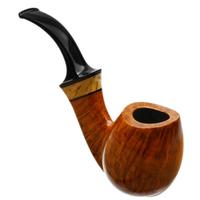 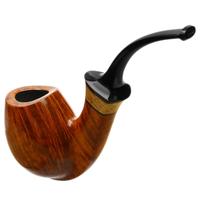