The Calabash shape is one we rarely see from the Rinaldo brothers and we have never seen them produce a straight rendition — until now. It's a dramatic departure from the sinuously bent, flowing versions we've seen previously and caters to those who are drawn to the design but prefer straight-stemmed pipes. Shape-wise, it's primarily a bold Italian take on the Dublin, the protruding, mushroom-like rim giving the composition its Calabash look. Unlike the traditional gourd Calabashes of yesteryear which include a removable cap, the protruding rim here is a part of the briar. It's been left smooth and stained a rich walnut hue, showcasing whorls of birdseye across its surface and contrasting against the rugged Lithos rustication below. 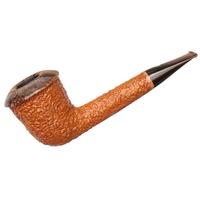 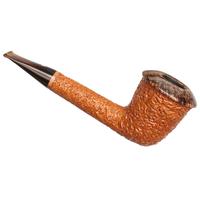 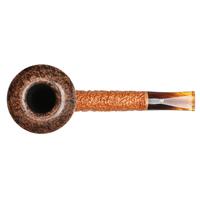 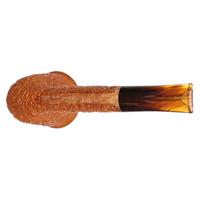 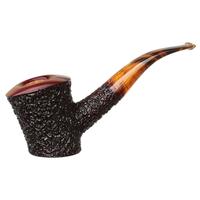 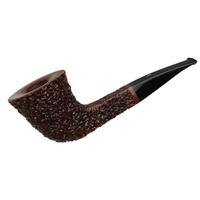 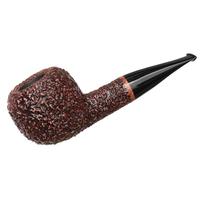 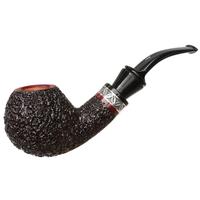 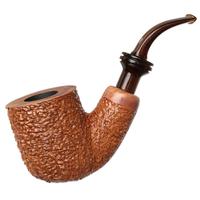 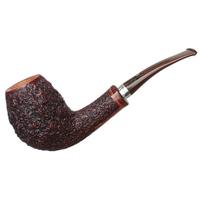 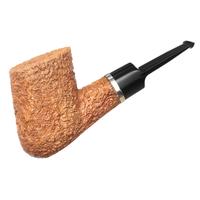 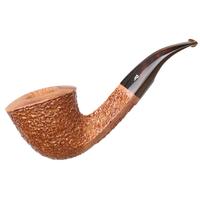 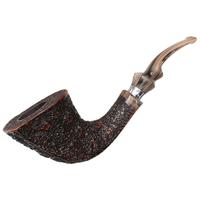