A charming take on one of the oldest pipe shapes, this Ryan Alden offering presents the Cutty form in a rather compact size, compared to the traditionally lengthy, clay renditions of the form. It's neatly canted and well balanced, allowing the piece to sit upright on the characteristic foot, the shank and stem curling out back in a lithe, elegant S-curve. Said curl continues consistently all the way from shank-end to rim, interrupted only by the flattened heel spur. Alden has done well to orient the sandblast according to the foot's horizontal axis: The ripples of ring grain remain parallel to the floor's plane when seated, contrasting with the bowl's forward inclination and offering a textured feel in hand. For a traditional palette, it's dressed in a warm, mahogany stain paired to a jet-black stem. The American artisan has fitted a lemon-y ferrule of bakelite at the stem base, though, adding a modern dose of color to the classic shape design. 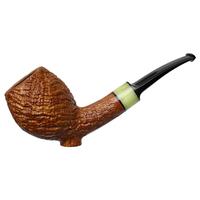 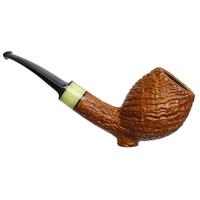 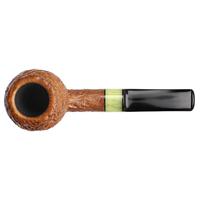 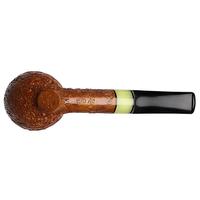 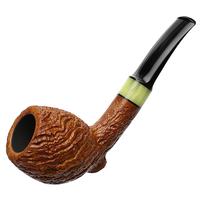 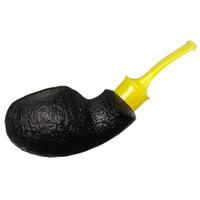