While maintaining a dedication to traditional shapes, Ryan Alden doesn't necessarily render them in traditional form. This straight Dublin with sterling silver fitment and cumberland stem is an example. The reduced proportions of the stem and shank combination are in stark contrast to the large Dublin bowl, thought the pipe itself is small at only 4.76 inches in length. It's a pocket pipe, if needed, with an army mount that will let you disassemble the pipe to even smaller size, even when hot. The rim is broad and partially sandblasted, with the outer area of the rim blasted and then sanded, and the inner ring all smooth. Ruby red dominates the color palette, with the cumberland stem approximating the reddish hue of the stummel, and it's all contrasted by the bright sterling cup at the shank end. The piece sits as well, an almost invisible flattened panel on the underside of the shank lending it a foundation. Ryan Alden is a pipemaker to watch; if his future is as impressive as I suspect, we'll all be glad we bought his work early, before it becomes hard to find. 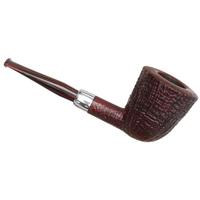 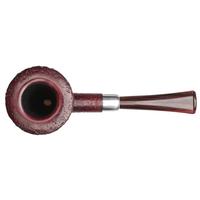 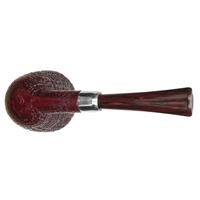 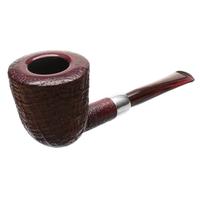 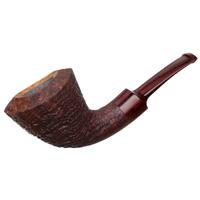 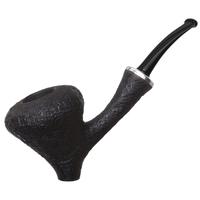 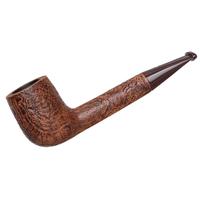 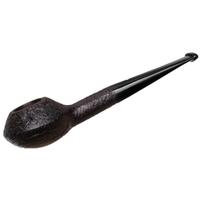 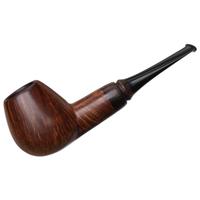