Anytime I see a Savinelli Autograph pipe titled as a Freehand, I know I'm in for something special and unique. Each Autograph is handmade by a single artisan using only select quality briar and they are encouraged to explore their creativity, without having to adhere to any sort of shape chart. However, I feel that it's Freehand offerings like this that best encapsulate the skill and imagination of the carver who crafts them. This particular example uses the Cherywood as its base shape, but utilizes panels and crisp ridgelines to drive it into Freehand territory. The bowl exhibits a strong degree of forward cant, its profile made even more dramatic thanks to a pointed heel spur along the shank's base, directly underneath the transition and the high-kicking shank and stem combination out back. The panels are relatively subtle until felt in hand since the ridgelines along the rim and base are more visually prominent. The stummel has been treated to a crisp sandblast, bringing out an endless array of rippling grain around each individual facet. A pearly white acrylic accent adorns the shank face, standing out in stark contrast against the stummel's dark stain. 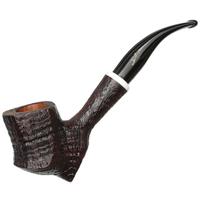 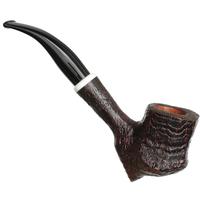 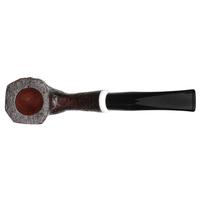 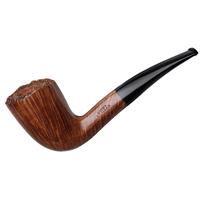 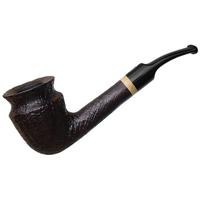 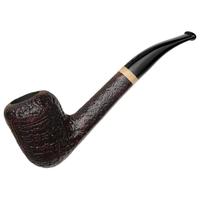 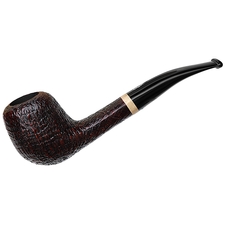 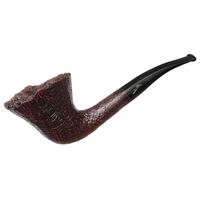 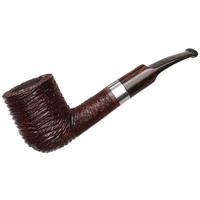 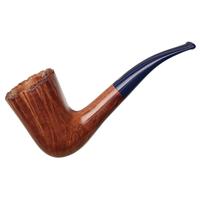 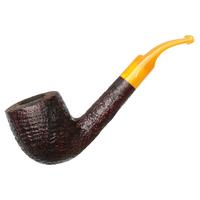 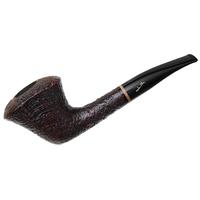