Savinelli's Autograph line consists of entirely handcrafted pipes that often veer into particularly creative, Freehand-like designs not found on shape charts. This Rhodesian, however, is a bit more conservatively shaped, its size more modest. The bowl closely resembles that of a Dublin, with a flare from its firm heel to a sloping, square and softly inflated rim. Said rim is demarcated by a wrapping beadline that separates it from the remainder of the bowl, a departure from the Rhodesian's usual lower-set lines. It's wearing a dark, ruby-tinged and grain-defining sandblast with the lightly polished, smooth rim showing off handsome birdseye. 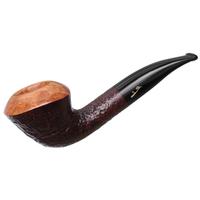 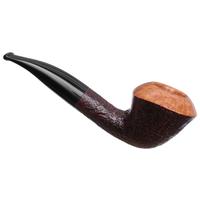 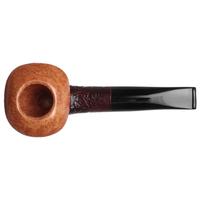 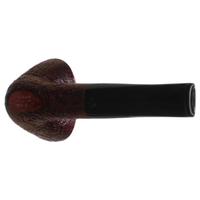 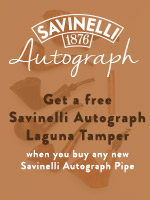 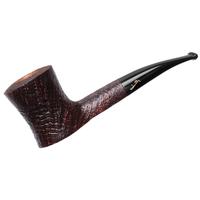 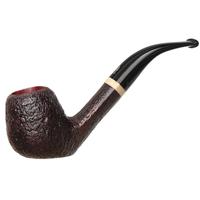 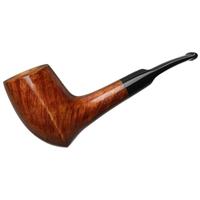 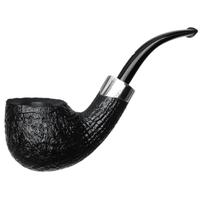 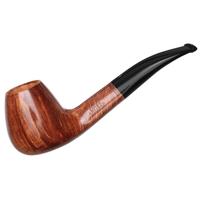 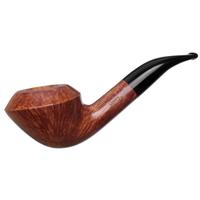 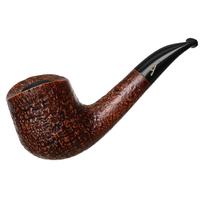 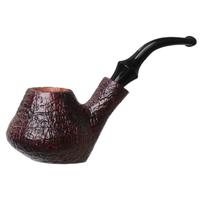 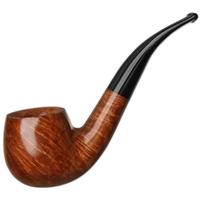