Stoutly built and quite muscular, this compact bent Brandy from Savinelli's Autograph line is a part of their "Linea Artisan" series of pipes and pairs a slightly forward-urging bowl to a demurely arced shank-and-stem combination. Throughout the entirety of this pipe's construction there's a palpable sense of mass, from the thick shank and stem and especially with regards to the bowl, the latter of which is also possessed of some supple curvature. The sides are rounded and plump, and the angle of the transition affords the aft side a fairly gradual travel to the rim, thereby giving the bowl a subtle forward urge. The heel is firm and pronounced and, though it isn't lifted, visually it seems to push the bowl upward a touch, pushing it into more prominence and allowing the eye to appreciate its plump curves all the better. A deep, warm chestnut stain dresses the stummel, revealing handsome grain all around, and giving the pipe an aesthetic that I can scarce describe better than simply classic. 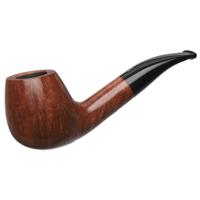 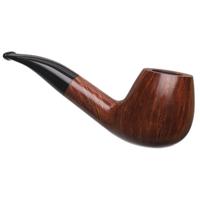 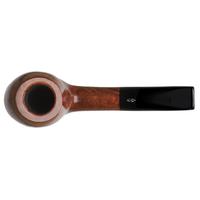 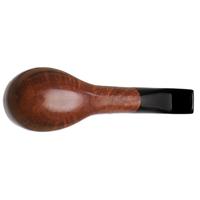 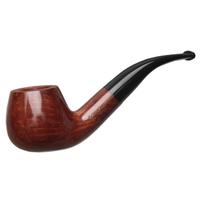 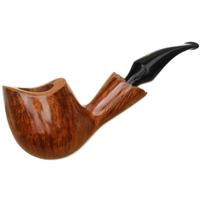 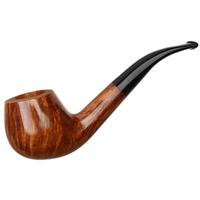 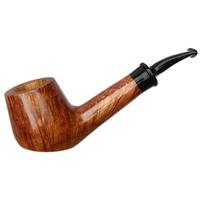 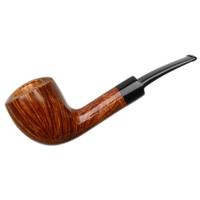 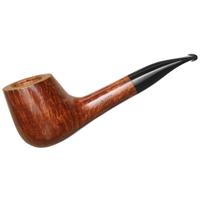 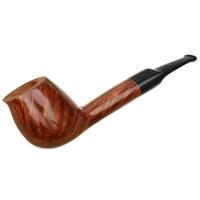 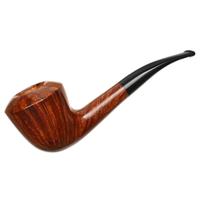 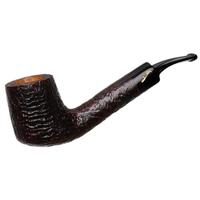