Savinelli's Autograph line of pipes showcases works from singular artisans who are freely able to express their creativity unfettered by the bounds of the Italian marque's standard shape chart. The Linea Artisan series within the Autograph line seems to comprise shapes that are a bit more reserved than others, tending to lean more toward modified classics as opposed to dramatic Freehands. This bent Apple, I would posit, is on the more stylized end of the spectrum, as it takes the plump bowl that's so iconic to the shape and elongates it vertically, bringing it to the point where it could almost be considered an Acorn bowl. Furthering this comparison is the pronounced heel, one that comes to its lowest point nearly under the transition, almost looking like a spur given its visual prominence. The shank and stem are quite svelte comparatively, with the latter a short saddle stretch of jet-black acrylic given a demure downturn and afforded a striking angle thanks to the tight transition. A warm chestnut stain dresses the stummel, giving the entire composition a classic aesthetic and revealing a lovely grain structure throughout, with striations of flame wrapping around the bowl and birdseye peppering the rim. 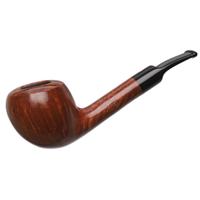 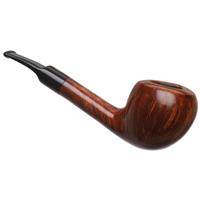 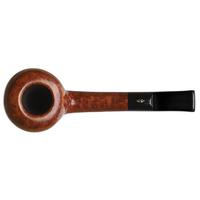 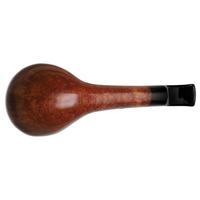 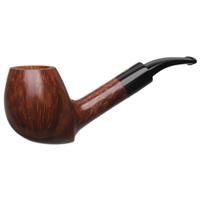 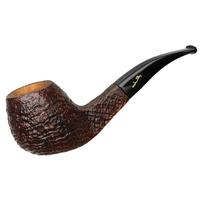 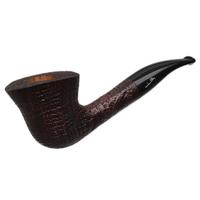 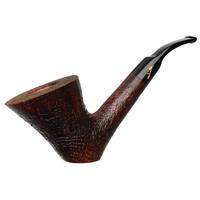 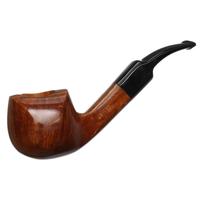 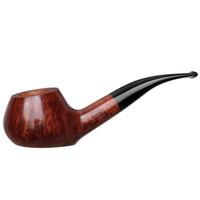 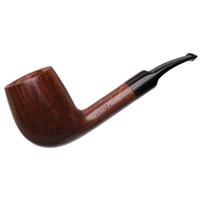 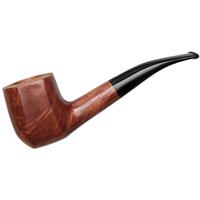 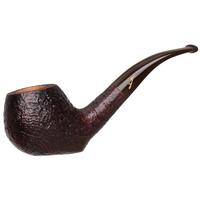