Savinelli's Pulcinella series expands the theme of the Italian marque's Arlecchino release. Like the Arlecchino, the Pulcinella draws inspiration from the commedia dell'arte, an early form of professional theater originating in Italy around the 16th century. The character Pulcinella is often recognized by his hunched posture, portly belly, beak-like nose, and gangly legs, and his portrayal typically depicted him as a clever schemer who feigns ignorance or as an incompetent simpleton who simulates sophistication. His archetype has become a traditional staple across Europe, and his costume often presents an all-white ensemble with a dark mask that accentuates his crooked nose. Fitting with that motif, this Pulcinella pipe wears a smooth, natural finish and is distinguished by a custom-cast acrylic stem with a checkered, black-and-white pattern. 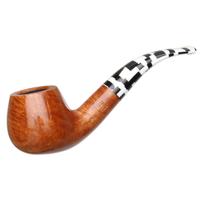 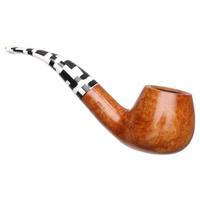 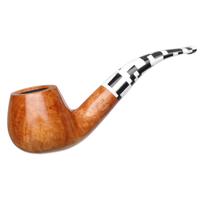 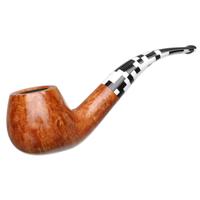 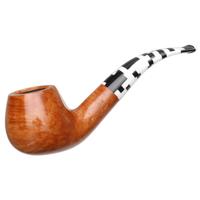 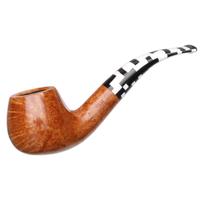 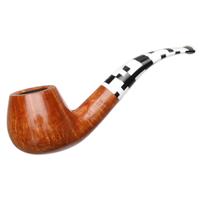 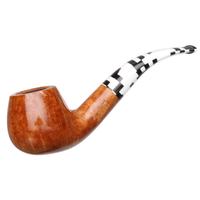 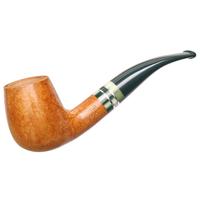 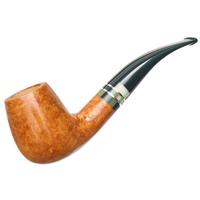 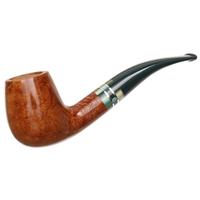