Overall, the "624 KS" bent Bulldog from Savinelli maintains a highly traditional form, both in shaping cues and relative proportions. That said, it also features a contrasting blend of softness and rigidity. Through the diamond shank, the lines are crisp and firm; at the bowl, though, the design is softened a touch, trading the Bulldog shape's conventional beadlines for a rounded, supple ridgeline at the waist. That softness is matched by the shank and stem's gentle, languid bend, while the bowl offers a comfortable substance in hand. 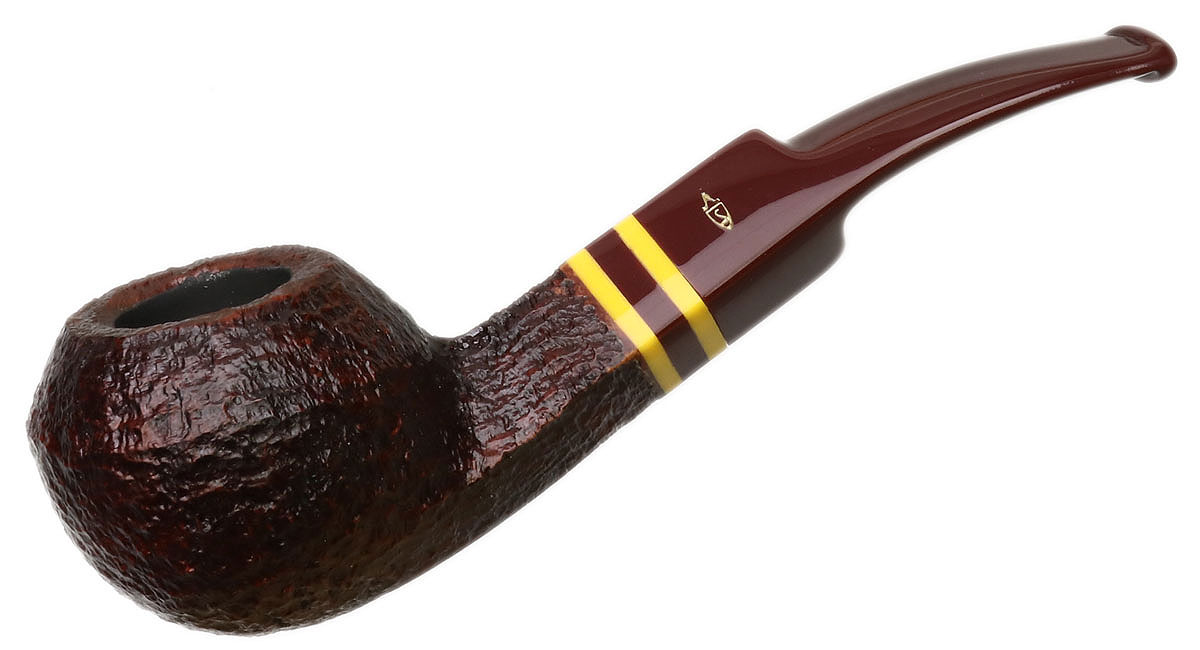