The modern style of Blowfish fashioned by artisan pipemakers is most often characterized by fin-like panels and ridgelines flowing across the bowl. Individual carvers, then, take creative liberties with regards to subtlety and which elements to accentuate in each composition. For Scott Klein, his Blowfish renditions frequently balance firm, architectural lines with a strong sense of organicism. In this particular piece, that juxtaposition is evident in how the American carver has emphasized the bowl's plumply rounded sides by framing them within the ridgelines wrapping up and over the bowl.

Scott has, then, paired the organically architectural bowl with a neatly paneled shank, the hard lines flowing naturally into those of the bowl to further accentuate the bowl's rotund cheeks. What impresses me most about this piece, however, is the amount of detailed shaping still evident underneath the sandblasted finish. Sometimes blasted grain will blur minute aspects of the shape, and yet Klein has managed to retain every iota while also showcasing the briar's stunning mix of cross grain and birdseye. For example, the bowl's "fins" aren't merely ridgelines — as they curl back toward the transition, each line flares ever-so-slightly into a subtle facet, yet the sandblast doesn't interrupt the panels, the lines remaining crisp and well-defined. It's an impressive display of craftsmanship, and the piece is further endowed with extra muscularity through the shank, blending the oft-seen proportions of the American shaping tradition with the Blowfish's organic, Japanese aesthetic. 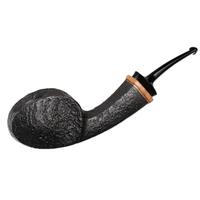 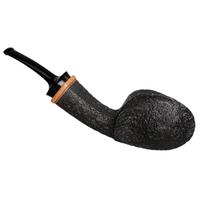 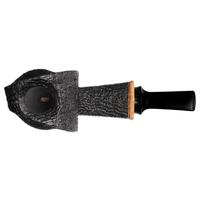 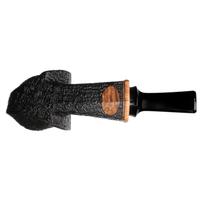 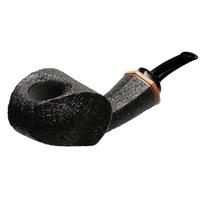 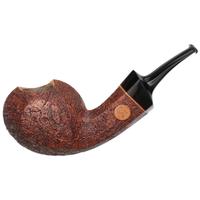