Like many American carvers, Scott Klein is greatly influenced by the Danish artisan pipe making design tradition, and he's leaned heavily into that influence for this year's American Pipemaking Exposition. Scott's presented us with this highly elegant and supple bent Brandy perched on the end of a serpentine combination of vulcanite stem and bamboo shank extension.

The bamboo's slight curve, subtle flare toward the transition, and tightly compacted six knuckles imbue the form with a strong degree of visual momentum that Klein has extended into the briar up front. Full of classic Danish softness and a lifted heel, the bowl urges forward, seeming to grow or inflate from out of the bamboo. Scott hasn't dotted the bamboo with epoxy (like many carvers do), keeping the nodes craggy and all the more organic. The bowl continues this dynamic organicism but in a more soft-lined manner, the walls conforming wonderfully to the palm as they taper toward the rim which Scott has crisply chamfered, resulting in the piece's only harsh line.

As a shape, this piece is on par with the general style of classic Danish artisan pipes; however, the section of bamboo Scott has used adds a modern touch, the knuckles being especially tight-knit and not perfectly parallel. He's juxtaposed the uneven bamboo, then, against the bowl's grain, which is as pristine as ever — a band of straight grain aligned along the waistline, with dense birdseye populating the heel. These two aesthetics, the craggy nature of the bamboo and clean-lined smoothness of the bowl, while distinct, are married beautifully by Scott, united in the aforementioned use of implied movement. 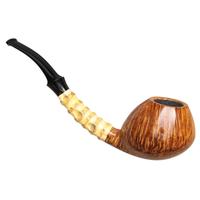 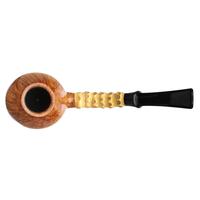 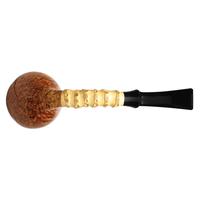 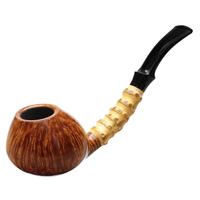 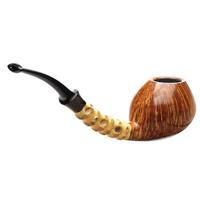 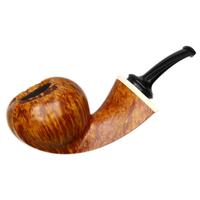 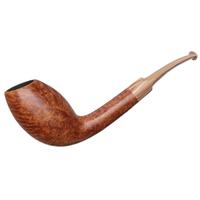