Musician, piano tuner, and proficient pipe maker, Scott Thile learned the nuances of the latter by self-taught methods that included studying pieces by the likes of American artisans such as Todd Johnson, Bruce Weaver, and Adam Davidson. He's a well-respected carver in his own right, his work collectable and apt to sell quickly.

This Cherrywood by the Kentucky-based artisan presents a forward-leaning, Dublin-like bowl that flares into a lens-shaped, craggy rim of plateau, while an angled, flattened heel allows it to sit sturdily upright. A high-reaching triangular shank expands subtly from a mid-set transition toward the half-saddle stem, the base of which continues the inflation of said shank. Boasting a rustic, yet elegant aesthetic, it's dressed in a mahogany and tan sandblast, highlighting handsome arrays of flame grain and growth rings, with the cumberland mouthpiece adding a gorgeous complement and easy balance. 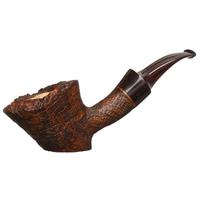 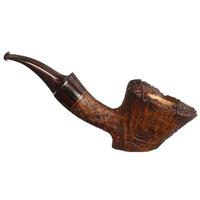 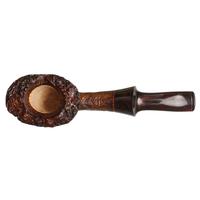 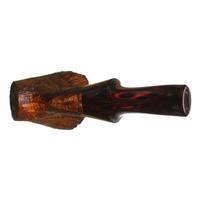 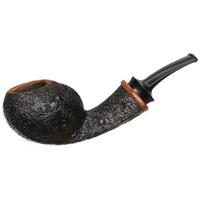 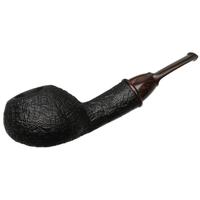 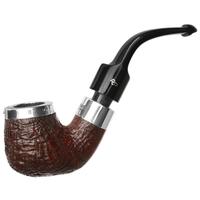 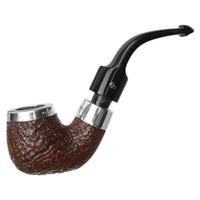 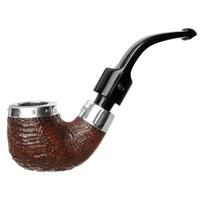 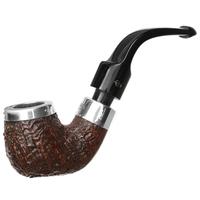