American artisan pipe maker Scottie Piersel has developed a distinctive design style over the course of her career with pencil-shanked pipes such as this Pot. While pipes with slender shanks aren't an invention of Scottie's, she has made the aesthetic her own to the point that her work is unmistakable: Her pencil-shanked pipes display a dramatic juxtaposition between the shank and bowl, one being sleek and svelte and the other comparatively robust and substantial. Such disparate proportions lend the bowl a seemingly precarious stance, as if it's balancing on the end of the pencil shank; however, such a playful aesthetic belies the pipe's expert engineering. Scottie lines the entire length of her pencil shanks with stainless steel tubing, making them even more durable than a standard briar shank and ensuring that despite their ultra-thin nature, they're able to withstand the daily rigors expected from a reliable smoking instrument. All of these features comprise this straight Pot, and it's dressed in a partial sandblast that sees feathery texture across the bowl and shank, while the softly chamfered rim bears a smooth finish for elegant contrast. Along with her pencil shanks, Scottie is also known for her use of colorful, brindled vulcanite stems, with this one showcasing variegated hues of tan, green, and orange to offer a vivid splash against the stummel's more reserved, smoldering stain. 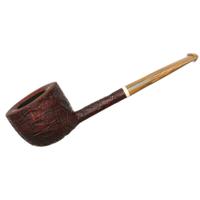 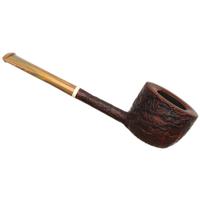 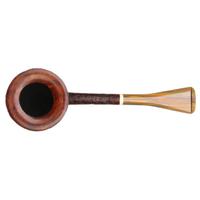 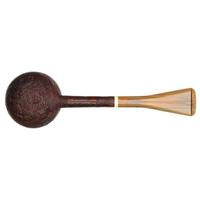 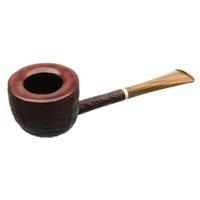 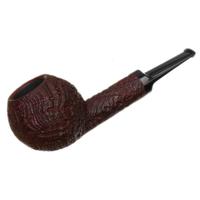 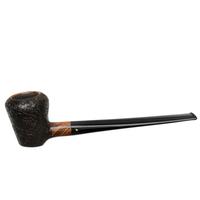 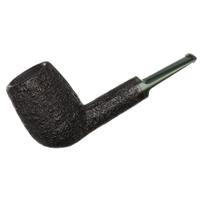 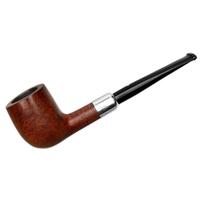 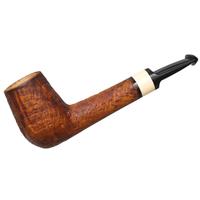