This remarkably robust, palm-filling bent Billiard from Ser Jacopo is, quite literally, a briar fit for a king. Believe it or not, the design is based off of one of Leonardo da Vinci's own: a twin-walled pipe which wouldn't get hot to the touch, devised at the request of King Louis XII of France. Though the original was intended to be crafted from terracotta, Ser Jacopo has gone with briar instead, but the ingenious engineering remains the same, and thus the perforated silver rim, which serves as a vent for the space between the bowl's chamber and outer wall. Even more flashy, ornate silver can be admired along the shank end and stem base, providing some brilliant contrast between the stummel's deep chestnut tones and the jet-black stem. Certainly an appropriate pipe to smoke while seated upon your throne or favorite lounge chair. 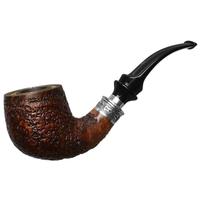 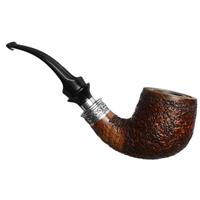 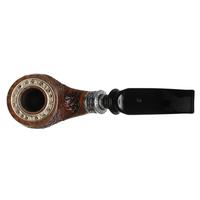 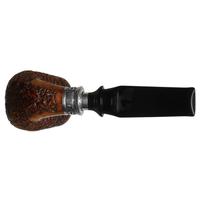 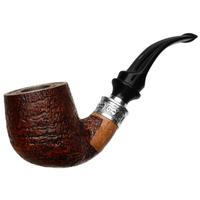 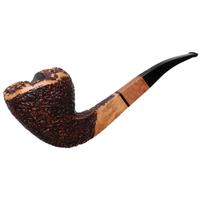 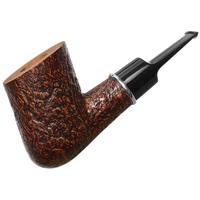 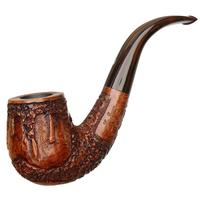 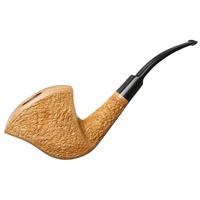 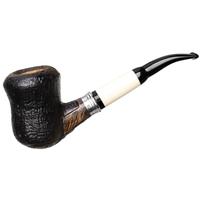 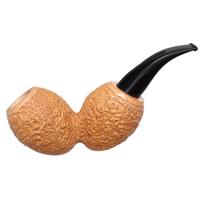 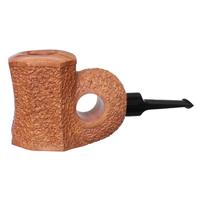 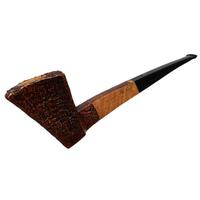