Lasse Skovgaard is certainly no stranger to the Tomato shape, delivering squat renditions as well as plump-bowled designs. Here, Lasse has crafted his most low-slung, petite take on the organic form to date, the bowl prioritizing breadth over height. Said bowl urges forward from out of the abbreviated shank and also incorporates a subtle ridgeline around its waistline, directly underneath the slightly tapered rim. The transition is so smooth and brief it's practically nonexistent, yet it creates some cheeking aorund the transition, making the bowl appear to be plumper than it actually is. Skovgaard has then finished the stummel in a light-depth sandblast, bringing out some waves of rippling grain that travel from the lifted heel up toward the rim without distorting the excellent line work. The shank end has been left smooth and stained a lighter hue to contrast before the mount flares out in signature Danish fashion, with the disc-shaped base of the elegantly downturned stem echoing that design cue. Beautifully understated work from Lasse. 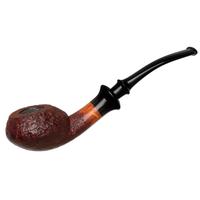 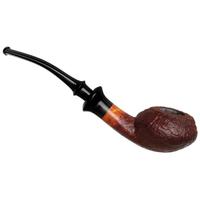 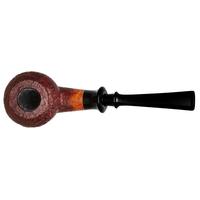 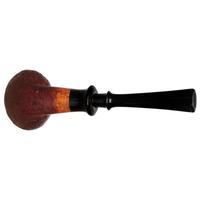 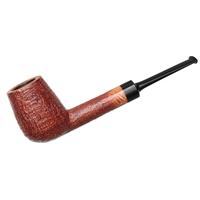 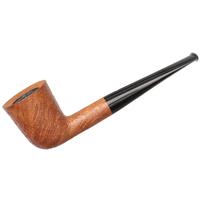 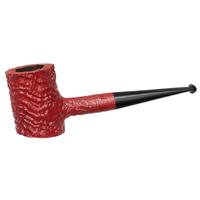 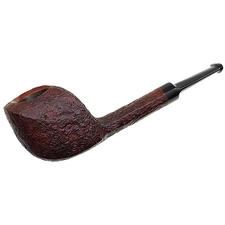 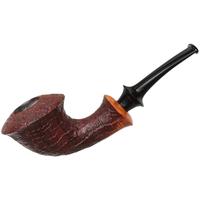 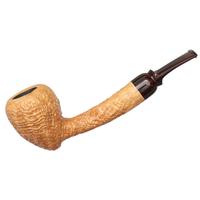 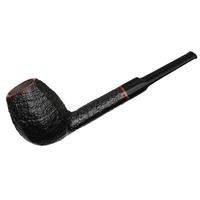 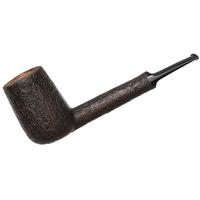 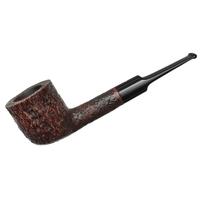