The heel treatment that Lasse Skovgaard has chosen for this rendition of the Dublin shape is distinct from other pipes we've received, offering a precise heel spur directly beneath the transition. That spur angles to a curved point and defines the lowest part of a panel that comprises the near flank of the bowl, offering distinct contrast of form between its flat aspect in juxtaposition to the curvature of the bowl and rim. That panel is also oriented to take full advantage of the vertical grain of the near side.

The shank is especially notable here, starting at the bowl with a very tight transition and expanding upward to a shank face of knobby plateau. Rather than match that plateau at the rim, as so many carvers do, Lasse here provides a soft, domed rim in sharp contrast to the heel spur and shank face, while the push-style stem emerges from that shank with a single expansion ring and a soft taper to the lip button. This is a pipe full of intrigue and drama, its seemingly conflicting elements working harmoniously, united by a handsome, honey-blonde stain and pristine briar whose tight vertical grain is a wonderment of what may be accomplished when skilled craftsmanship meets exemplary raw materials. 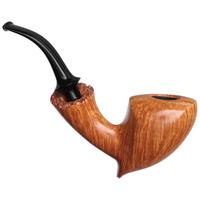 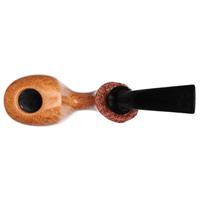 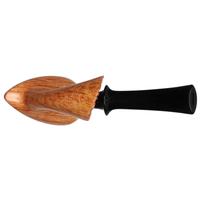 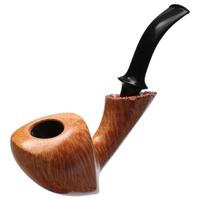 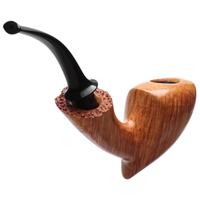 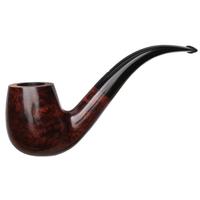 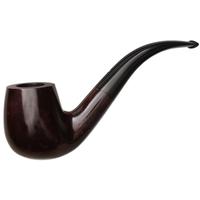